Suh congratulated Britain on its recent agreement with the European Union for cooperation in future relations, the ministry said in a press release.

Suh added that Seoul hopes to continue bilateral cooperation even after Brexit, pointing out that Britain participated in the 1950-53 Korean War and maintains traditionally friendly relations with South Korea.

Suh and Wallace highly evaluated the two countries' ongoing efforts to maintain defense cooperation amid the COVID-19 pandemic, it added.

They also agreed to hold defense officials' talks between the two countries during multilateral conferences in the near future and to push ahead with a working-level British delegation's visit to Seoul in the first half of the year. 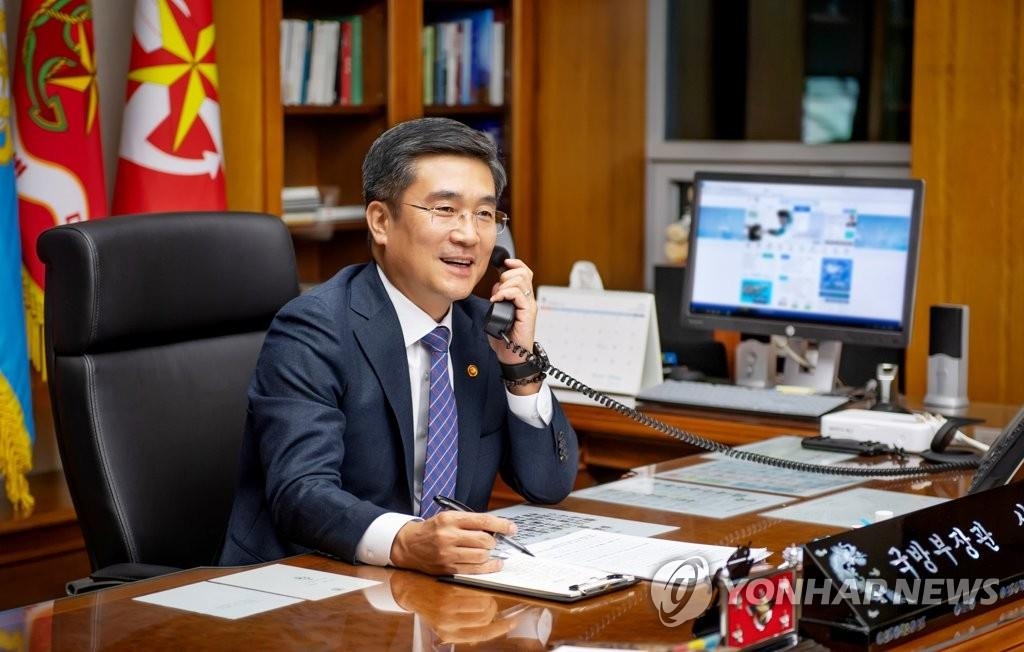