SEOUL, Jan. 7 (Yonhap) -- North Korean leader Kim Jong-un has vowed to strengthen his country's military capabilities to protect its people at a rare party congress, state media said Thursday, amid an impasse in its nuclear negotiations with the United States.

Kim, however, did not use such provocative words as nuclear weapons or war deterrent, which some experts saw as intended to avoid increasing tensions, as he reported to the second-day session of the eighth congress of the ruling Workers' Party on Wednesday.

He "clarified an important will to reliably protect the security of the country and people and the peaceful environment of the socialist construction by placing the state defense capabilities on a much higher level," the Korean Central News Agency (KCNA) said. 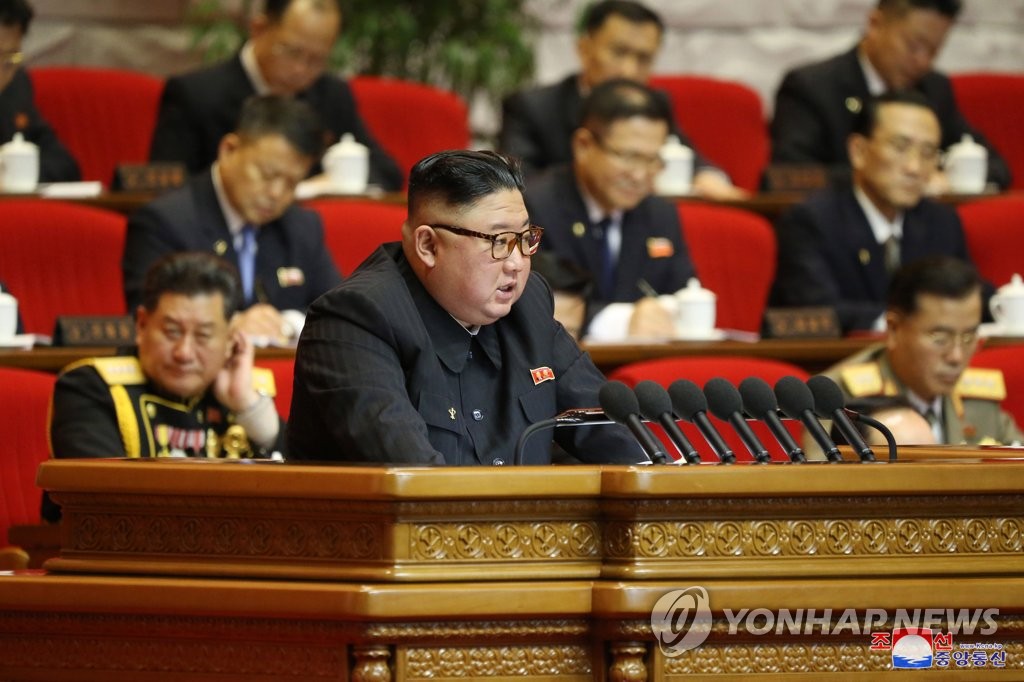 North Korea launched the rare party congress, the first in nearly five years, on Tuesday amid expectations Pyongyang will unveil its policy directions on the economy and foreign affairs in the face of stalled denuclearization negotiations.

At the opening session, Kim admitted a failure to meet the country's previous development goals and emphasized self-reliance in overcoming multitudes of challenges facing his country.

In Wednesday's report, the North Korean leader analyzed the country's economic situation in various sectors and presented "the goals and practical ways for making innovations and development in the relevant fields during a new five-year plan."

The sectors under review included the transportation, construction, communications and commerce industries as well as external economic relations. But there was no mention of the U.S. and South Korea.

This week's event comes as North Korea has been faced with a triple whammy of the fallout of back-to-back typhoons in the summer, a protracted border closure due to the coronavirus pandemic and global sanctions on its economy.

During the previous congress, held in 2016 for the first time in more than 30 years, the North announced its five-year development plan that ended last year and declared the "byongjin" policy of simultaneously seeking nuclear weapons and economic advance.

Experts said the fact that Kim avoided such provocative words as nuclear weapons development and war deterrent at Wednesday's session can be seen as a message that might bolster the outlook for resumption of negotiations.

"Referring to boosting national defense as a means to build a peaceful environment appears to be quite a mild message that leaves room for negotiations compared with the seventh congress, at which nuclear advancement was put out at the forefront," Hong Min, a senior researcher at the state-run Korea Institute for National Unification, said.

However, he did not rule out the possibility that the nuclear issue could be dealt with in following sessions.

The KCNA said that a third-day session of the congress was to be held on Thursday.

It is still unclear for how many days the congress will be held as the North has not made public the exact schedule. The previous congress was held for four days. 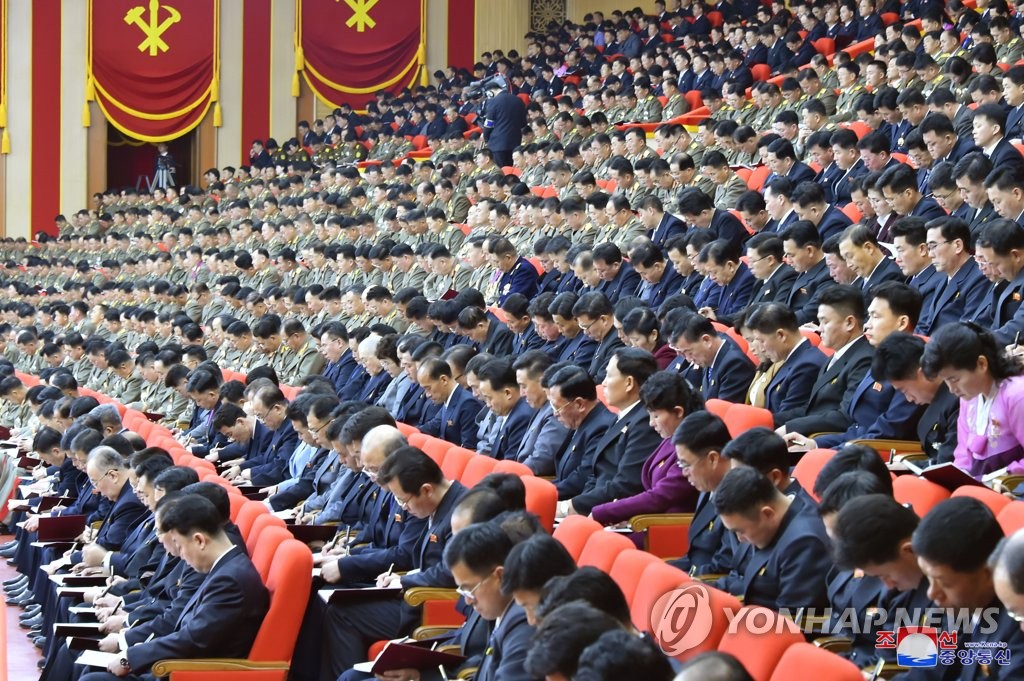