SEOUL, Jan. 7 (Yonhap) -- A U.S. Department of Defense (DoD) employee working in Seoul and two of his family members have tested positive for the new coronavirus, the U.S. Forces Korea (USFK) said Thursday.

The employee, his spouse and their dependent were confirmed to have contracted the virus Wednesday following their contact with another DoD official who previously tested positive, according to the U.S. military.

The civilian employee and his spouse work at U.S. Army Garrison Yongsan in central Seoul, and they last visited the installation on Tuesday.

All three are now in isolation at a facility designated for COVID-19 patients at Camp Humphreys in Pyeongtaek, some 70 kilometers south of the capital.

"KDCA and USFK health professionals are actively conducting contact tracing to determine whether anyone else may have been exposed to these individuals, and to ensure all known on-post and off-post facilities visited are thoroughly identified and cleaned," USFK said in a release. KDCA stands for the Korea Disease Control and Prevention Agency.

The latest cases raised the total number of virus cases among USFK-related people to 513. 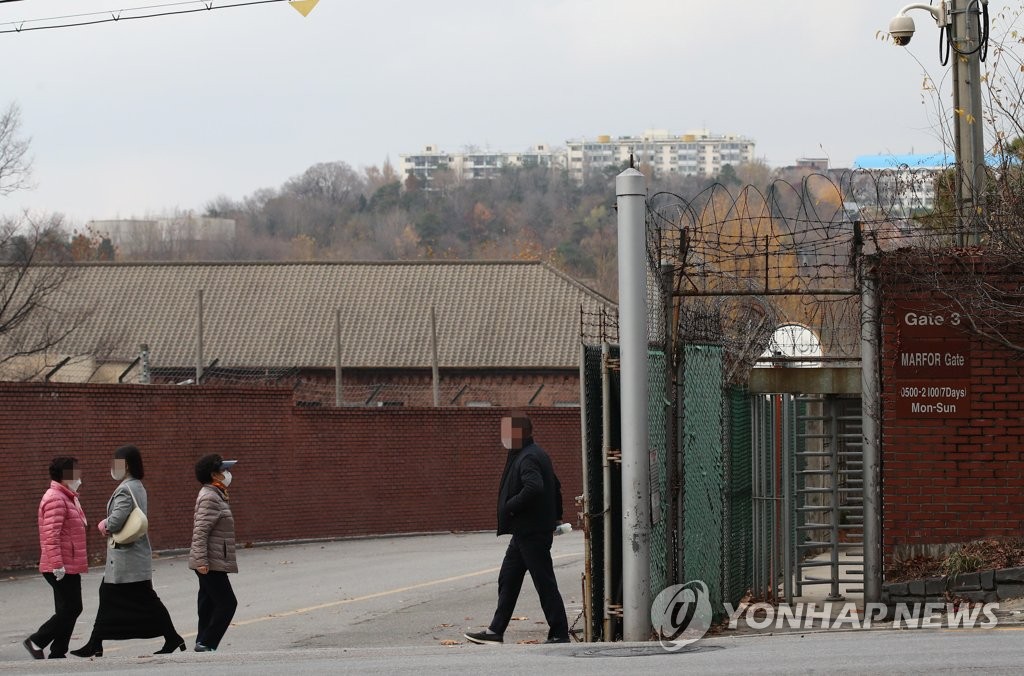