SEOUL, Jan. 7 (Yonhap) -- South Korea came under the grip of the season's harshest weather Thursday as a cold wave combined with heavy snow and strong winds brought traffic to a crawl and grounded planes and vessels.

At 7 a.m., the temperature in Seoul dropped to minus 16.1 C, with a wind chill of minus 25.3 C, according to the Korea Meteorological Administration (KMA).

The cold snap is expected to peak early Friday, according to the weather agency. Morning lows are forecast to fall to minus 18 C in the capital city and to minus 24 C in the northeastern city of Chuncheon. The southern port city of Busan is likely to experience a 44-year-low of minus 12 C, the KMA said. 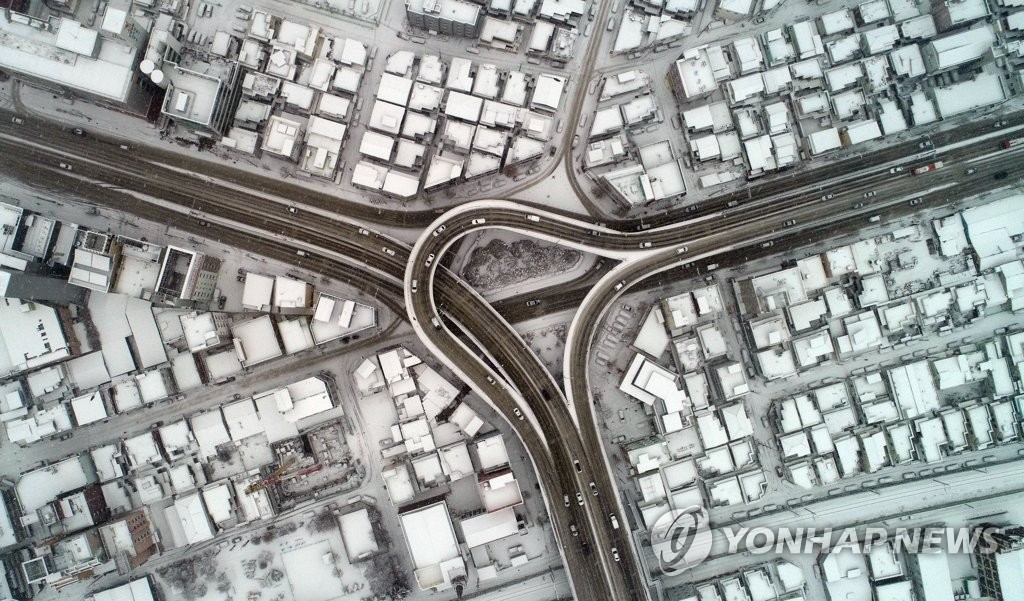 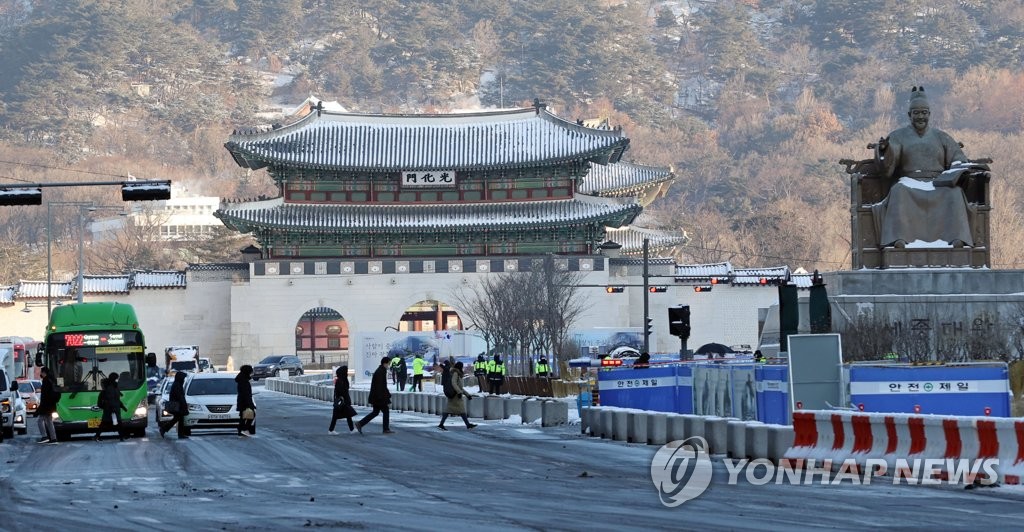 In Seoul, subways were packed well before 7 a.m., and buses crawled on icy roads.

"I left home an hour earlier than usual and was surprised to see how crowded the subway was," a 30-year-old officer worker surnamed Kim said. "It looks like people left their cars at home because of the bad road conditions."

Trains were delayed at some overground subway stations as doors got stuck in the freezing cold.

The sudden snowfall led to serious traffic congestion and a growing number of road accidents.

At 2:20 a.m. Thursday, a car crashed into the outer wall of a building in southern Seoul after skidding on a slippery road, according to police.

At Gimpo International Airport in western Seoul, 86 departures and arrivals were canceled as of 2 p.m. due to the heavy snow. On the southern island of Jeju, 81 flights were cancelled as of 4:30 p.m.

Mountainous areas of of Jeju also came under a cold wave warning for the first time since the nation introduced such alert systems in 1964.

The weather agency issued heavy snow advisories for Seoul, Jeju and almost all provinces of the country.

The KMA explained that the upcoming cold spell will be caused by a southward inflow of cold air from near Siberia. Temperatures will remain below the 30-year averages until next Tuesday and return to the seasonal averages next Wednesday, it said. 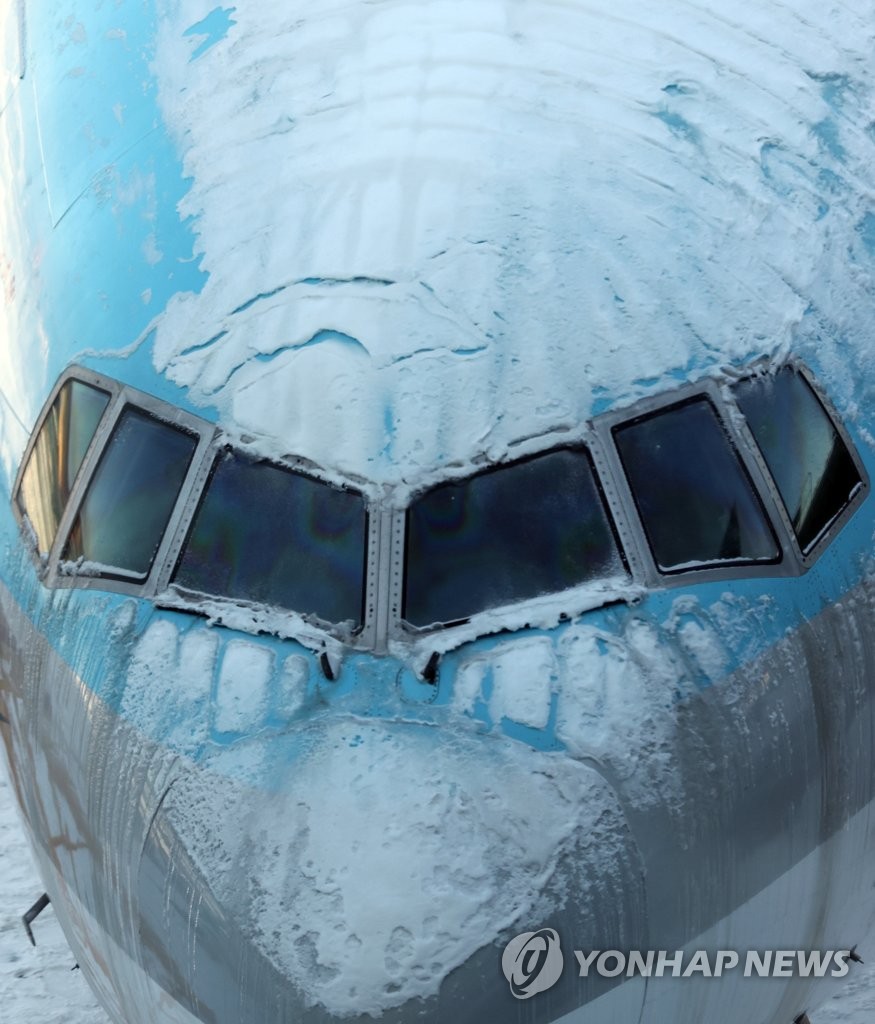 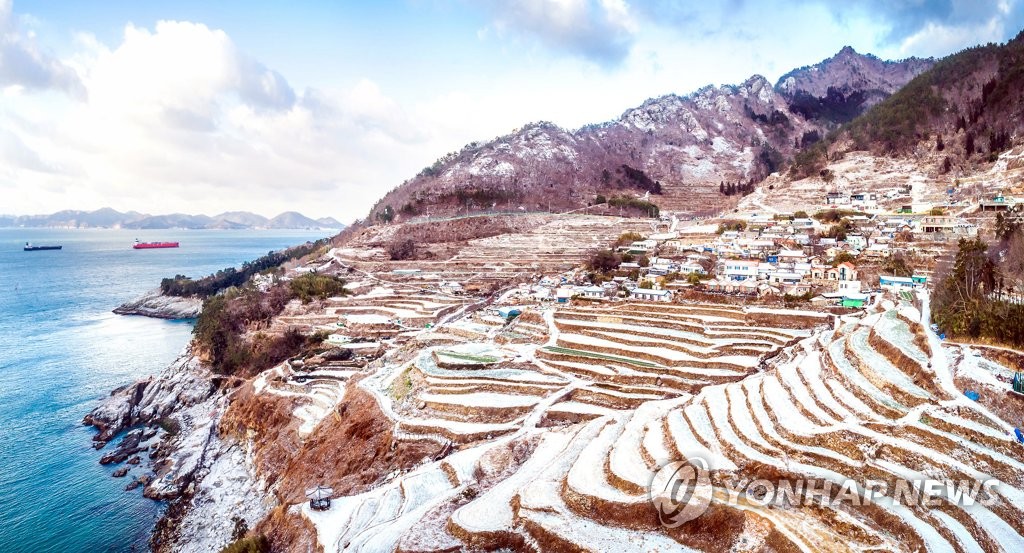 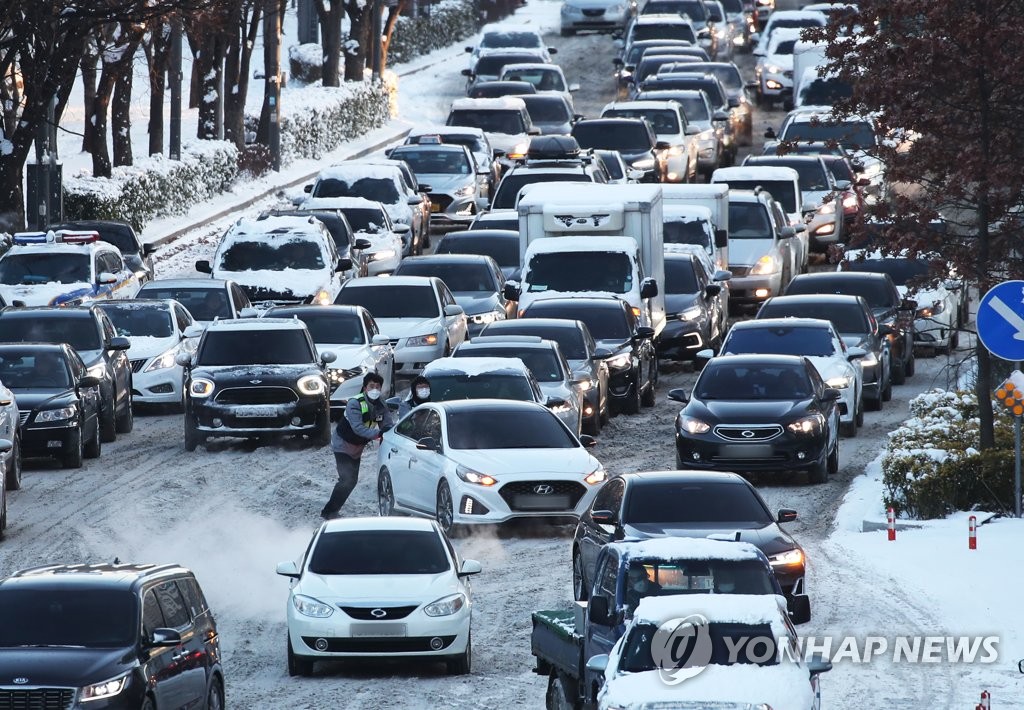 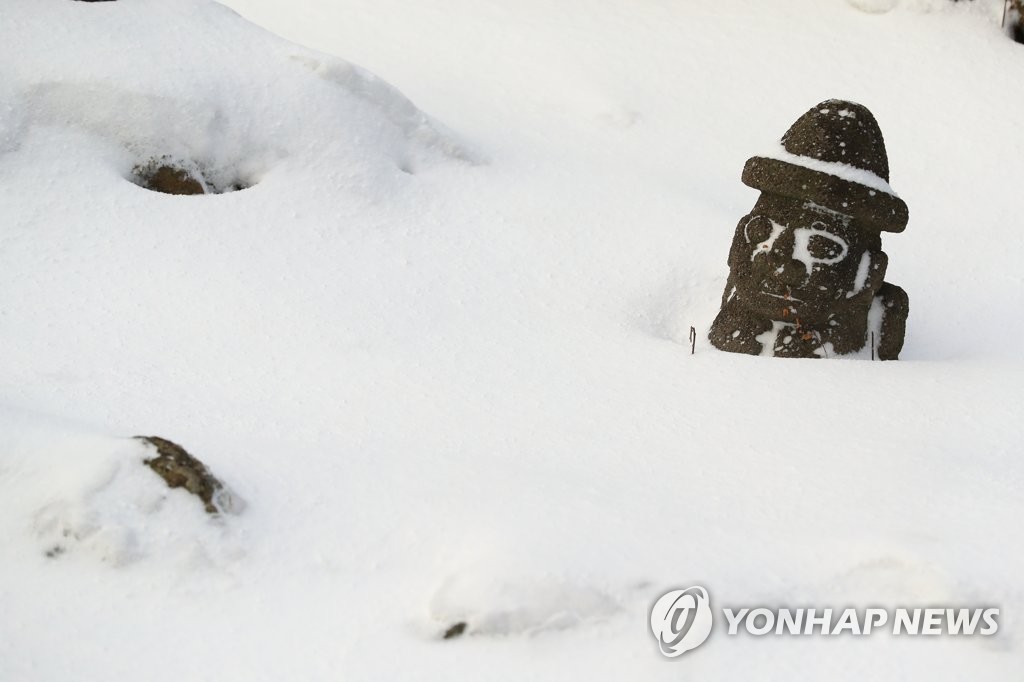