The Supreme Court said Wednesday it has remanded the case of a man who was found not guilty of sexual crimes to an appeals division at the Uijeongbu District Court, north of Seoul, for retrial.

The man, whose identity was withheld, was charged with filming the lower body of a woman from behind using his mobile phone for about eight seconds on a bus in 2018.

The woman was wearing black leggings and a big-sized gray T-shirt covering her hip. Most of her body was covered by clothes, but the shape of her legs was exposed due to the tight leggings, according to court records.

During a police investigation, the accused claimed he had filmed her because he thought "the victim's face and her body looked nice." 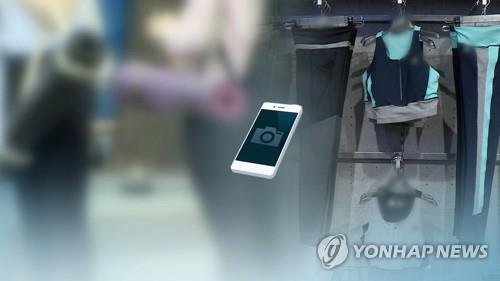 The Uijeongbu District Court had first sentenced the accused to a 700,000 won (US$643) fine for unlawful filming.

In 2019, however, the appeals division at the same court overturned the ruling and acquitted the man, saying that only parts of her body, such as ankles, were shown bare in the video and that he did not zoom in to a particular body part. The court also said it was hard to conclude that the woman felt sexually humiliated.

But the highest court viewed that secretly filming other people's body parts can constitute a sexual offense and the secretly filmed materials could be maliciously edited and shared with unanimous online users.

The ruling is the first court verdict that expanded the scope of sexual freedom from a "right to not engage in sexual activity without consent" to a "right to not be sexually objectified against one's will," the court said.