SEOUL, Jan. 7 (Yonhap) -- President Moon Jae-in stressed the importance of national unity in 2021, saying the COVID-19 crisis has reminded the people that they are "connected" to one another. 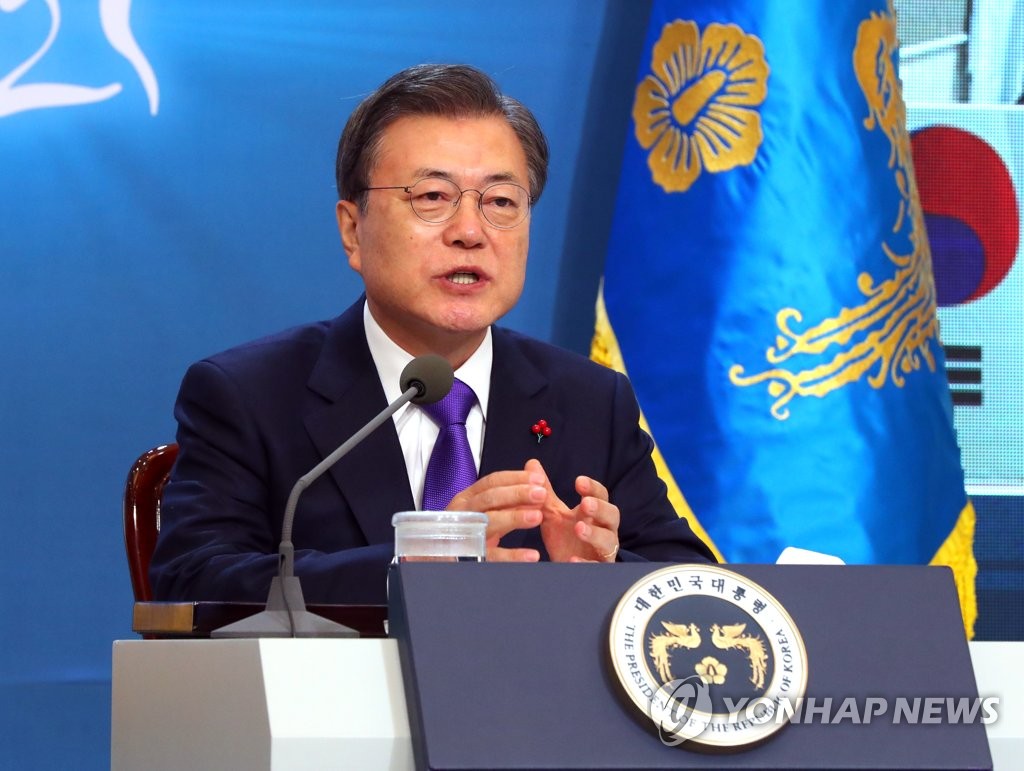 "The new year is a year of unity," he said during a virtual meeting with business leaders and representatives from various fields to mark the start of 2021. "Due to the coronavirus, we have realized that we are connected to one another."

He cited a plan to hand out another round of emergency relief money to vulnerable members of society.

The government is speeding up its push for the strengthening of social and employment safety nets, he added.

The president also described 2021 as the year of "recovery" from the COVID-19 crisis and progress in the drive to turn the nation into a global leader.

"We plan to start vaccinating next month. We are also reviewing a treatment developed by a domestic company," he noted and expressed confidence that South Korea will win the virus fight and restore the daily lives of the people.

Through the full-fledged implementation of the Korean-version New Deal projects, Moon said, South Korea will be able to achieve a "quick and strong economic recovery" and move toward the aim of becoming a leading nation.

On North Korea, Moon said he will strive until "the last" for the development of inter-Korean ties and denuclearization of the peninsula.

"If conditions allow, (my administration) will make efforts to the last for the denuclearization of the Korean Peninsula, permanent peace and development of inter-Korean relations," he said.

During the previous event of its kind that took place at the beginning of 2020, Moon presented "tangible changes" in various sectors, including the campaign for the reform of the prosecution service, as a key slogan of his state affairs.