SEOUL, Jan. 7 (Yonhap) -- A landmark legislation bill aimed at preventing serious workplace disasters has been stripped of many of its initial stipulations as it underwent parliamentary review, sparking criticism from the labor circle on the legislation's effectivity.

The draft of what is simply known as the severe disaster law advanced through the parliamentary Legislation and Judiciary Committee's subcommittee in charge of legislation review Thursday for envisioned passage through the National Assembly's plenary session Friday.

The legislation, spearheaded by the progressive minor Justice Party, aims to curb recurring deaths of workers owing to sloppy safety measures by heightening criminal punishment for business owners and CEOs held responsible for the incidents. Only low-rank corporate officials have been brought to justice for workers' on-duty deaths or other severe disasters at their companies under the current law, making it hard to fundamentally ensure a safe working environment.

Under the proposed bill, business owners and CEOs can face at least one year in jail or up to 1 billion won (US$919,033) in fine in the event of deadly workplace disasters if they are found to have neglected safety measure to prevent the incidents. Corporate entities or institutions, if held responsible, can also face up to 5 billion won in fine.

The bill, however, drew sharp criticism from the labor sector and the Justice Party for including too many changes from the original version. They said the sharply diluted bill would end up toothless by exempting businesses with fewer than five workers from punishment and lowering the level of punishment in workplace disasters.

According to recent data, slightly more than 20 percent of all workplace deaths in the manufacturing sector in 2019 took place at companies with fewer than five workers. Firms with between five and 49 employees report the highest level of workplace deaths annually. Small businesses with fewer than five workers currently account for nearly 80 percent of all corporate entities nationwide. 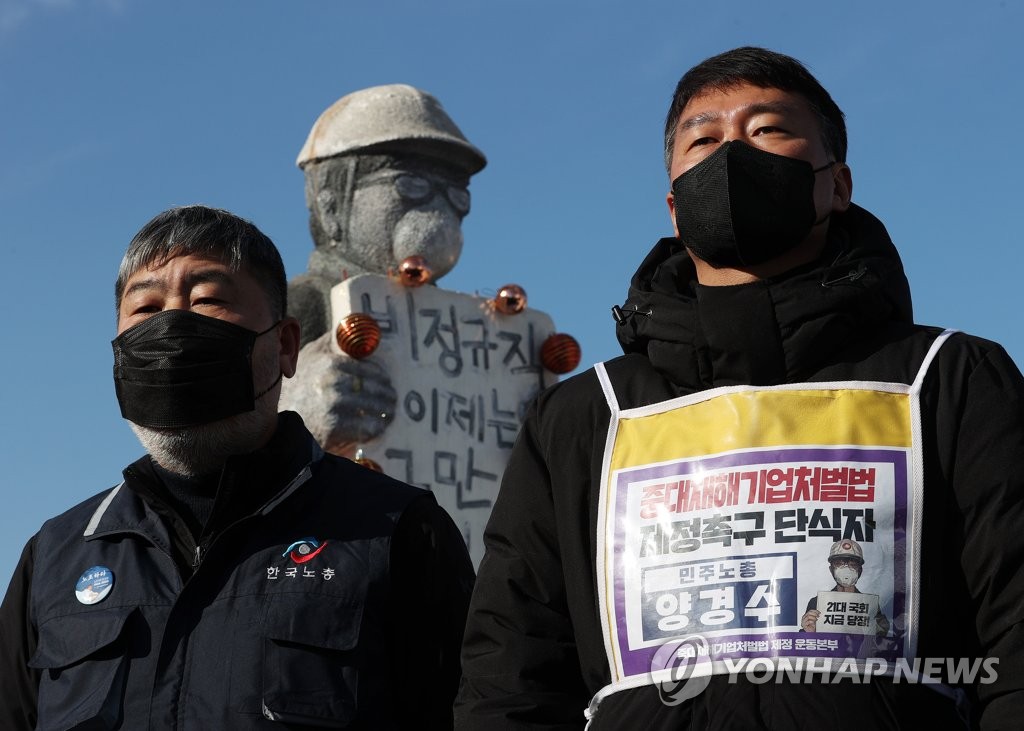 Against such a backdrop, the labor sector had strongly argued that businesses of all sizes should be subject to the new legislation, particularly small-sized employers.

The subcommittee also lowered the minimum jail term and removed the lower limit of fine for business owners or CEOs held responsible for workplace disasters, taking a step back from proposals from lawmakers and the government.

The subcommittee also decided to allow a three-year grace period for companies with fewer than 50 employees after the law goes into force one year after its promulgation.

In addition, several other hard-line stipulations have also been dropped, including those that hold government workers accountable for serious disasters at workplaces licensed by the government.

Labor circles and the Justice Party immediately decried the decision.

The Korean Confederation of Trade Unions, one of the two major umbrella unions, argued that the level of punishment for workplace disasters would remain only a slap on the wrist of those accountable under the reconfigured bill.

"The (ruling) Democratic Party and the (main opposition) People Power Party should stop unreasonably diluting the bill (with an intention) not to rankle the business industry," the labor union noted.

The Justice Party also denounced the revised bill as a "law conniving in corporate murder." 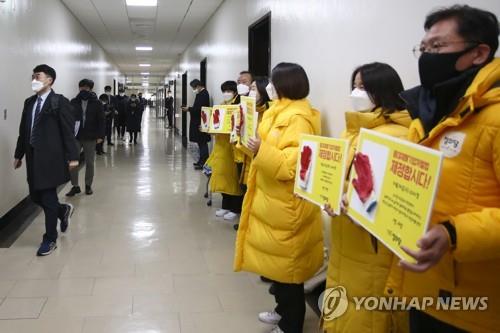