JEJU, South Korea, Jan. 7 (Yonhap) -- Police have launched an investigation into the mysterious disappearance of a huge sum of cash from a casino on Jeju Island, officers said Thursday.

Jeju Shinhwa World, one of South Korea's largest integrated resorts, reported to the Jeju police on Monday that South Korean cash worth 14.56 billion won (US$13.38 million) was found to be missing from Landing Casino at its compound, the officers said. 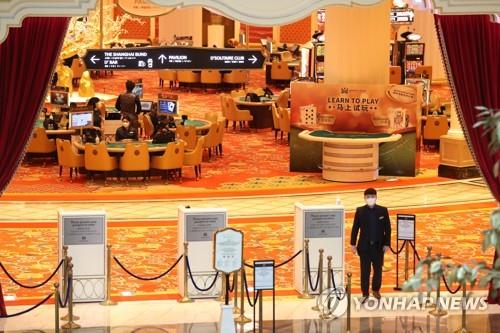 Landing International Development Ltd., the Hong Kong-based operator of the Jeju casino, also asked the police to track down a female Malaysian employee in charge of the cash, saying she has not come to work after leaving for vacation at the end of last year and remains out of contact.

The Hong Kong company disclosed the cash disappearance from Landing Casino on its website Tuesday while filing the police report through its local affiliate Landing Entertainment Korea.

The Jeju police have secured security camera footage from the casino while embarking on a massive manhunt for the Malaysian woman, the officers said, noting video recordings at the time of the cash theft were erased.

Police investigators suspect that at least two or more perpetrators were involved in the theft, as the missing cash is too bulky and heavy for a single person to carry.

If all the lost cash were 50,000-won bills, the number of currency sheets amounts to 291,200, experts said, noting as many as 12.1 apple boxes are needed to carry the cash around.

Furthermore, all the banknotes weigh more than 280 kilograms, they added.

Police investigators said they are leaving all possibilities open, because it is difficult to transport the huge amount of cash out of the country via airports or seaports.