"What's most important is the security and safety of the people," a Cheong Wa Dae official said at a press briefing.

South Korea's embassy in Iran has confirmed that all 20 crewmembers of the MT Hankuk Chemi are well and unharmed, he pointed out. They include five South Koreans and nationals from Indonesia, Myanmar and Vietnam.

"(We) will make multi-pronged efforts to get them freed at an early date," he added, speaking on the condition of anonymity. 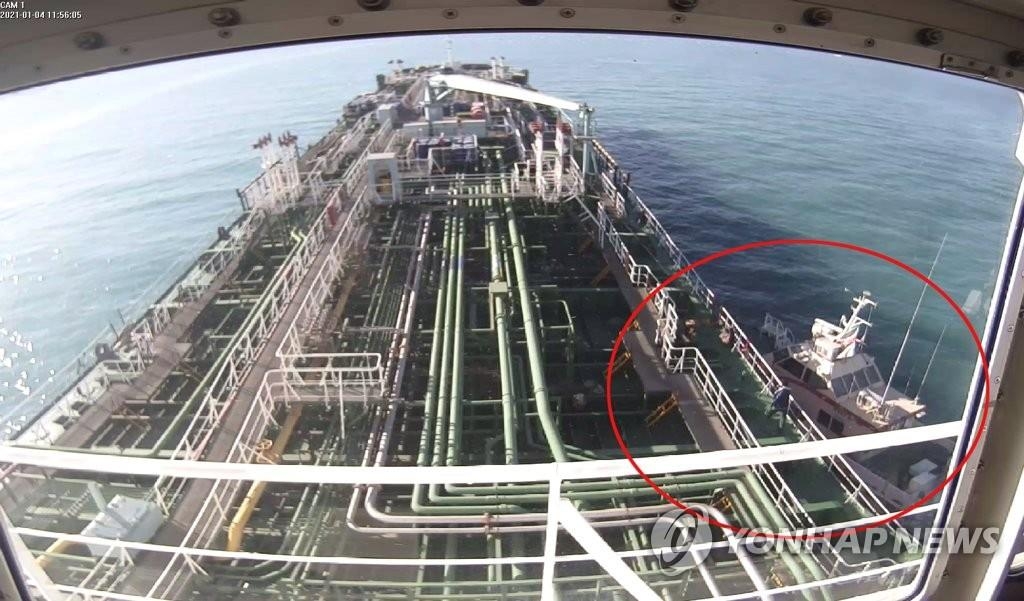 The official neither confirmed nor denied a news report that Iranian President Hassan Rouhani had sent two personal letters to his South Korean counterpart Moon Jae-in on pending bilateral issues.

Moon replied to the letters but there have been "no concrete actions," a diplomatic source was quoted as telling the Seoul-based Hankyoreh daily.

Iran has US$7 billion of oil money frozen at two South Korean banks with U.S. sanctions in place against the Middle Eastern country. Observers say Tehran may be protesting Seoul's refusal to lift the restriction. Iran formally stated that the ship had polluted waters, which its operator has flatly denied.

Although the leaders might have actually exchanged letters, it is uncertain whether Moon's office will make them public, due to a related diplomatic practice.

The government, meanwhile, dispatched a delegation to Iran in a bid to resolve the tanker issue. The delegation, led by Koh Kyung-sok, director-general of the foreign ministry's Africa and Middle Eastern affairs, is scheduled to arrive there soon.