Industry observers said this year will be a breakout year for the Mini LED TV market as multiple TV makers will launch such products. 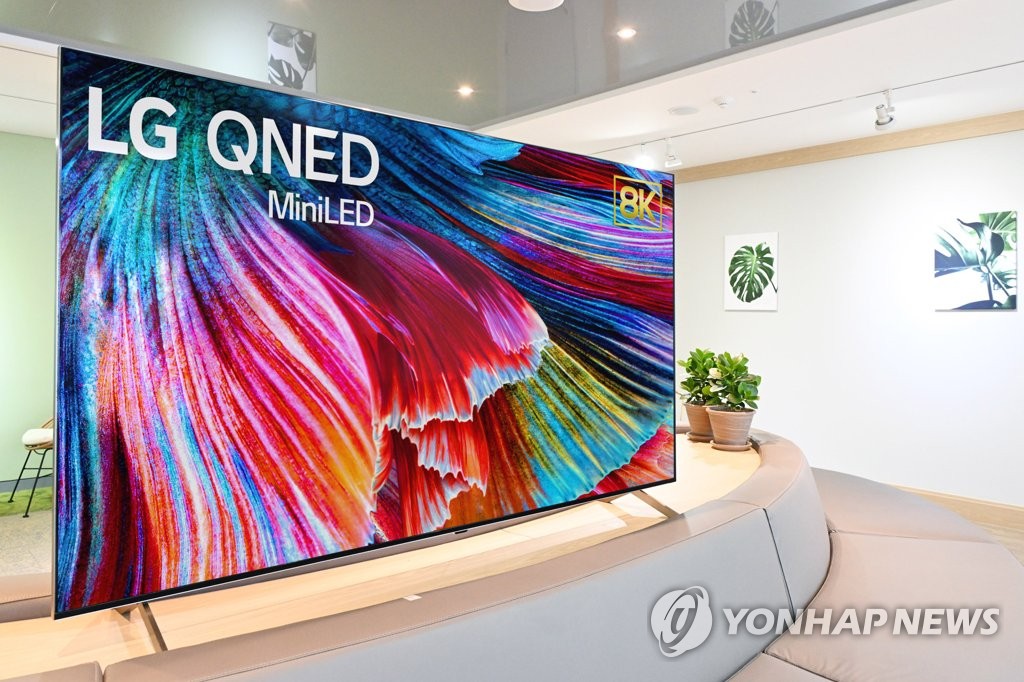 The company said its new QNED Mini LED TV lineup consists of 10 models, offering both 4K and 8K options with large screen sizes up to 87 inches.

"LG's innovative Mini LED backlighting comprises up to almost 30,000 tiny LEDs that produce incredible peak brightness and a contrast ratio of 1,000,000:1," the company said. "Thanks to a new panel structure enhanced by LG's advanced Mini LED backlighting, these TVs deliver a truly immersive viewing experience in the LCD space,"

Samsung threw its hat into the ring on Thursday by introducing the Neo QLED TV that uses Quantum Mini LED.

Samsung said the Neo QLED TV will be available in 8K and 4K models and will be launched from the first quarter of the year. 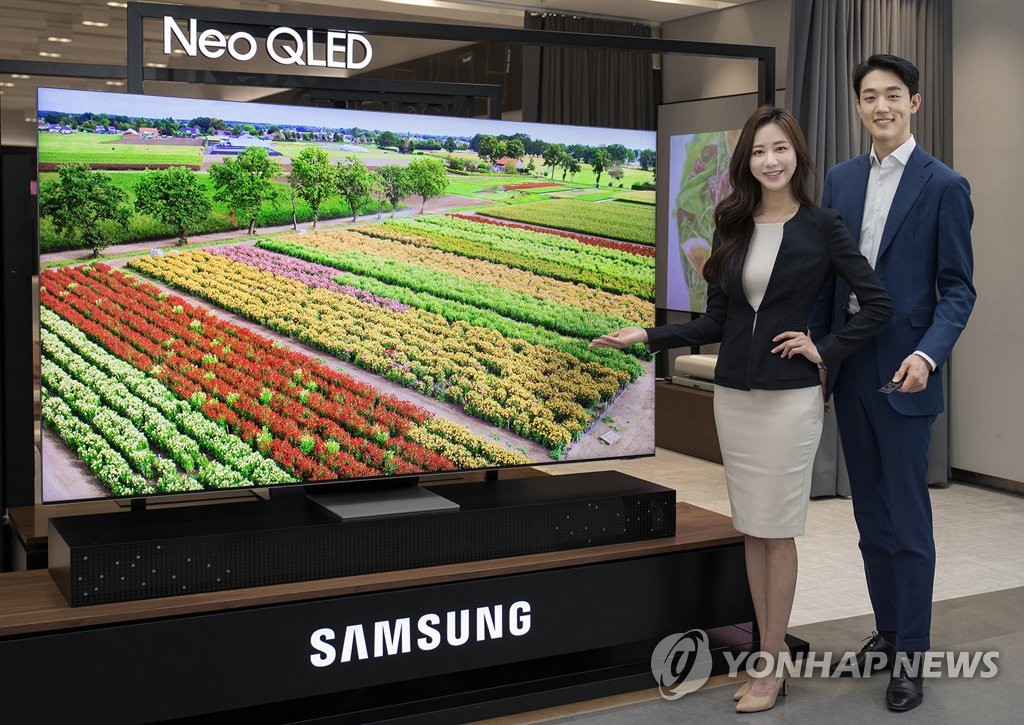 In recent years, Samsung and LG have been locking horns over QLED TV and OLED TV, which are basically different types of TVs.

LG has been claiming that Samsung's QLED TV is merely a LCD TV with a backlight panel that has an additional quantum dot (QD) sheet, while Samsung has been pointing out that LG's OLED TV has a problem of gradual degradation of pixels, also referred to as "burn-in," as the product uses organic material.

Observers said the introduction of the Mini LED TV will help Samsung to defend its status as the world's top TV vendor until the company rolls out its premium TV sets with next-generation QD-OLED displays.

According to data from market researcher Omdia, Samsung led the global TV market with a share of 33.1 percent in the third quarter of 2020 in terms of sales revenue. LG was the runner-up with a market share of 16.6 percent.

"Samsung is hoping to increase the market share of its QLED TVs, which are much more cost-competitive than OLED TVs, via the integration of Mini LED backlights," TrendForce said in its recent report. "Samsung is targeting yearly shipments of more than two million Mini LED TVs next year in anticipation of high market demand."

For LG, its Mini LED TVs are expected to boost the company's premium TV sales considering that they will come with more affordable prices than its flagship OLED TV.

"With OLED at the pinnacle of LG's TV offerings with its self-lit pixels and independent dimming control, the arrival of LG's QNED Mini LED TVs offers a compelling option for consumers," LG said.