SEOUL, Jan. 7 (Yonhap) -- South Korea's electricity demand set a new wintertime high Thursday as the country was gripped by the coldest weather so far this season, the energy ministry said.

Peak power demand reached 90.2 million kilowatts as of 5 p.m. as lower-than-normal temperatures lead to increased electricity use for heating, according to the Ministry of Trade, Industry and Energy.

It is the first time that the peak electricity load has exceeded 90 million kilowatts in winter.

The ministry said peak demand is expected to reach 91.5 million kilowatts on Friday morning as the mercury is forecast to fall further.

"The government will be fully prepared to cope with a spike in electricity demand on Friday by operating more power generating plants, which have been in test operation," a ministry official said. 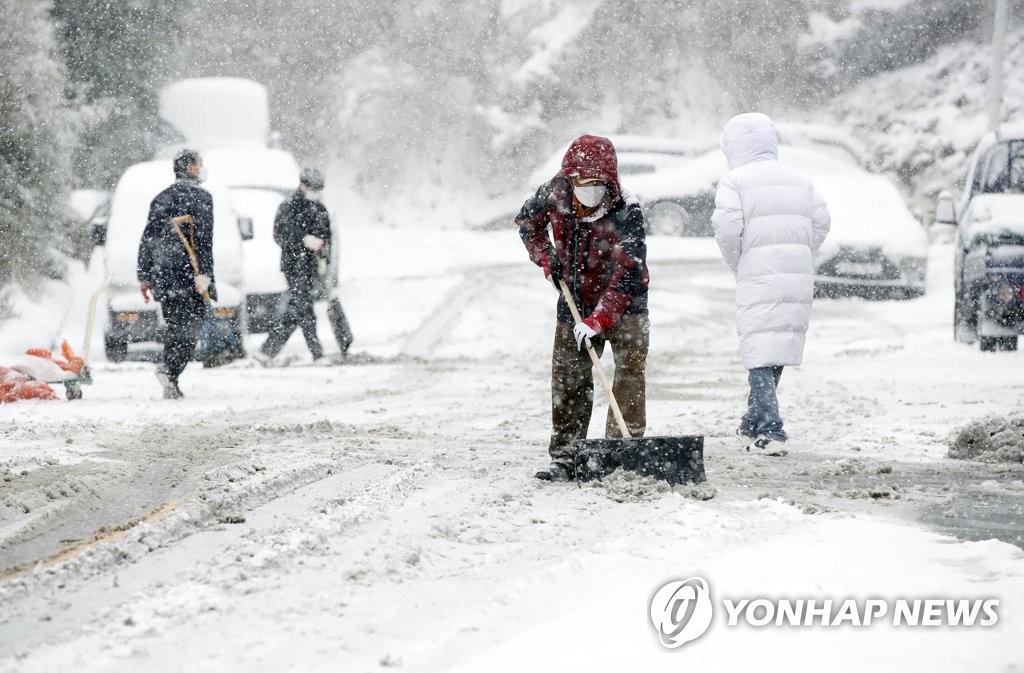 At 7 a.m. Thursday, the temperature in Seoul dropped to minus 16.1 C, with a wind chill of minus 25.3 C, according to the Korea Meteorological Administration.

The weather agency forecast the cold spell to continue through Saturday.

The warning was issued for many areas in Gyeonggi, Gangwon, Chungcheong and North Gyeongsang provinces at 9 p.m. Tuesday, followed by other areas Wednesday, including Incheon, west of Seoul. 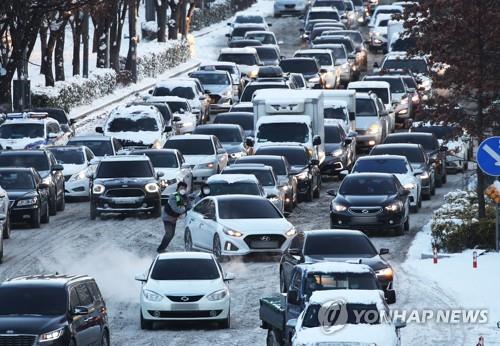