The country added 674 more COVID-19 cases, including 633 local infections, raising the total caseload to 67,360, according to the Korea Disease Control and Prevention Agency (KDCA).

Friday's caseload was the lowest since Jan. 2, when the figure stood at 657 due largely to less testing over the New Year's holiday. The daily caseload hovered below 1,000 for the fourth consecutive day. 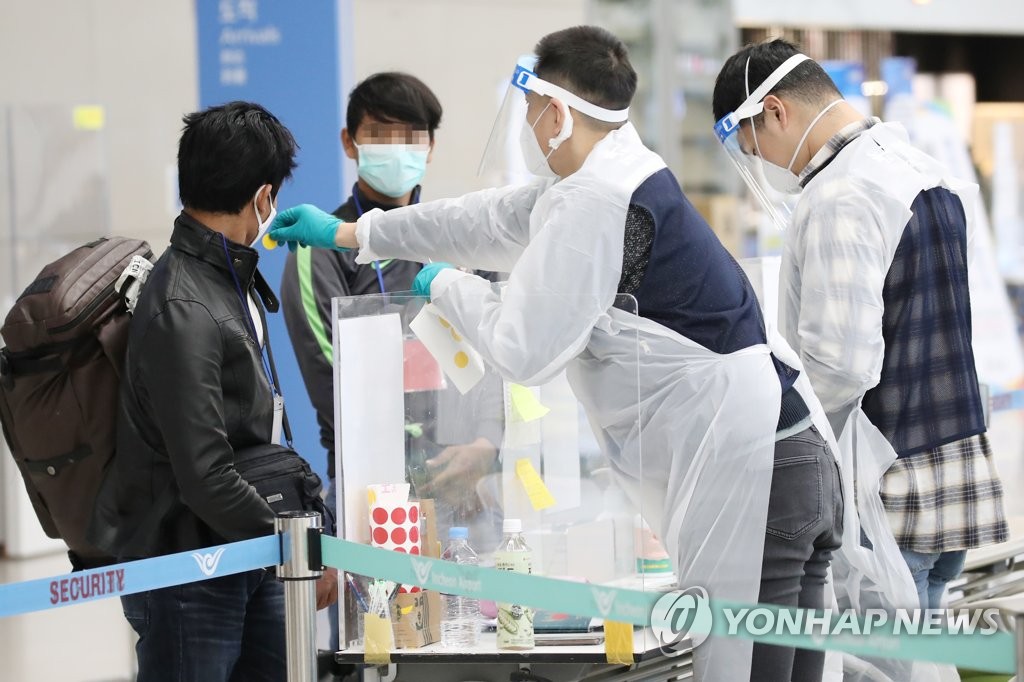 Officials said the pace of virus transmission has been slowing after reaching a peak last month as people reduced activities under tougher social distancing guidelines.

Traffic in the Seoul metropolitan area was down 2.4 percent this week compared with a week ago and 19.4 percent down from mid-November, the KDCA said.

While the average daily new cases stood at 765 over the past week, officials said the government aims to reduce the number to around 400 to 500 before the deadline of the extended virus curbs due on Jan. 17.

"The outbreak has been slowly but steadily decreasing, with the average number of new cases falling to around 700 over the past week," Yoon Tae-ho, a senior health official, said in a briefing. "Considering the widespread infections in local communities, the virus curve is expected to slowly flatten."

Despite the slowing pace of the virus surge, authorities remained vigilant over continued group infections in care centers and churches and the spread of a new virus variant first reported in Britain.

The country reported an additional case of the new COVID-19 strain first reported in Britain, raising the total to 16, including one case from South Africa.

The person is a family member of a coronavirus patient infected with the variant, who arrived in South Korea from Britain on Dec. 19.

South Korea has banned flights from Britain since Dec. 23, which was extended until Jan. 21.

Starting Friday, foreigners arriving at South Korean airports must present a negative polymerase chain reaction (PCR) coronavirus test taken within 72 hours of their departure to the nation. The requirement will take effect on Jan. 15.

As pandemic fatigue grows among people and small business owners, authorities eased some restrictions on indoor sports facilities that have been ordered to shut down to allow them operate with a cap of nine people at a time starting from Friday. 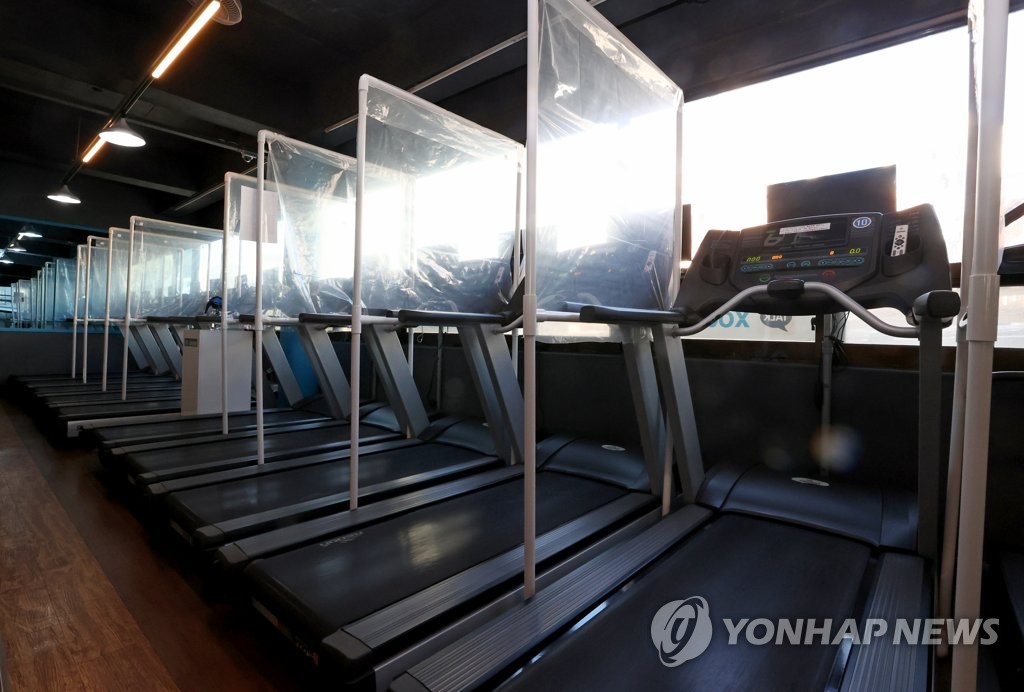 Level 2.5 distancing measures -- the second highest in the country's five-tier scheme -- have been in place in the greater Seoul area, with Level 2 measures for the rest of the country, since Dec. 8 and will remain in effect until Jan. 17.

Private gatherings of more than four people are banned across the nation during the designated period.

High-risk entertainment venues, including bars, clubs and karaoke establishments, in the Seoul metropolitan area will be allowed to conditionally open when the current Level 2.5 measures expire on Jan. 17, the KDCA said.

Officials vowed to continue to carry out antivirus measures to slow down the spread of the virus with detailed distancing guidelines for businesses.

"Authorities will adopt relevant measures until a full-scale rollout of vaccines and treatments, while looking into ways to revise distancing guidelines so as not to aggravate the burden on certain sectors," Minister of Interior and Safety Jeon Hae-cheol said in a briefing.

"We will step up monitoring at nursing homes and detention centers to prevent further spread of the virus in related facilities." 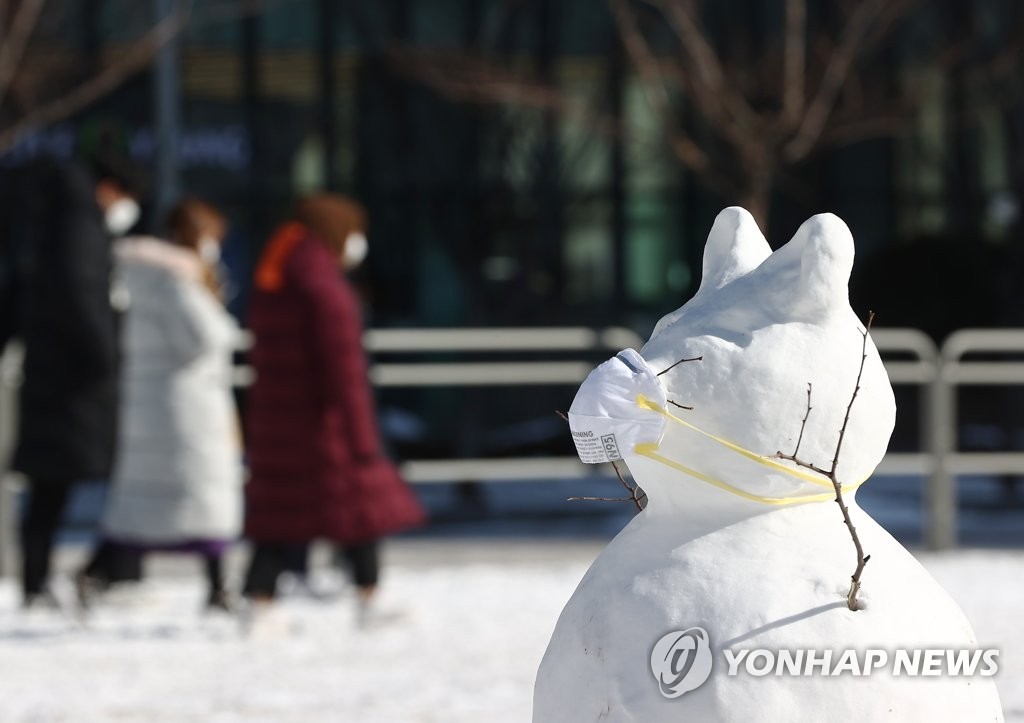 Of the newly identified local infections, 186 cases were reported in Seoul and 236 cases in Gyeonggi Province that surrounds the capital. Incheon, west of Seoul, reported 30 more cases.

A prison in eastern Seoul has reported a total of 1,177 patients since the first confirmed case on Nov. 27, becoming the second-largest source of infections following a church in the southeastern city of Daegu linked to over 5,000 cases.

The number of seriously or critically ill COVID-19 patients reached 404 on Friday, compared with 400 from the previous day.

The total number of people released from quarantine after making full recoveries stood at 48,369, up 720 from the previous day.