The Seoul Central District Court ordered Tokyo to make financial reparations of 100 million won (US$91,300) each to 12 "comfort women" who were dragged away from their homes and forced to work in front-line military brothels for Japanese soldiers during World War II.

"Evidence, relevant materials and testimonies show that the victims suffered from extreme, unimaginable mental and physical pain due to the illegal acts by the accused. But no compensation has been made for their suffering" the court said in a verdict.

In the country's first ruling of its kind, the court rejected Japan's claim that the case should be dropped based on sovereign immunity, a legal doctrine that allows a state to be immune from a civil suit in foreign courts. It sided with the victims that the rule should not apply to "systematic crimes against humanity" and war crimes.

He told the ambassador that the court decision is "utterly unacceptable" and expressed regret that the Seoul court denied the concept of sovereign immunity, according to Kyodo News.

In a press conference, Katsunobu Kato, the top government spokesman, said Japan will not appeal the ruling.

Tokyo maintains the issues of comfort women were permanently resolved through a bilateral agreement in 2015 with the then South Korean government. But the victims have called the agreement inadequate, saying it lacks a sincere apology from Tokyo and left out their voices in the negotiation process.

In Friday's ruling, the Seoul government said that it respects the court's judgment and will do what it can to restore the honor and dignity of the victims.

It also took note of its 2015 deal with Tokyo as an "official government-to-government agreement," and pledged efforts to continue "constructive and future-oriented" cooperation between the two countries.

The court viewed that state-level agreements, including the 1965 postwar treaty between Seoul and Tokyo, did not override the victims' rights to seek reparations from Japan for their hardship. 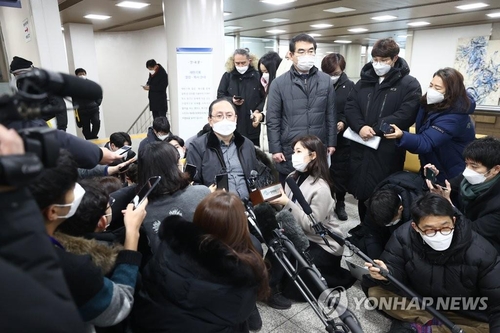 The victims filed a petition for dispute settlement in August 2013, in which they claimed that they were either cheated or coerced into sexual slavery, and demanded they be compensated with 100 million won each for their suffering.

However, the case could be referred to a court only in January 2016, as Tokyo had not officially responded to the South Korean court's correspondence.

The court held its first hearing on the case in April last year.

Only five of the 12 plaintiffs are still alive. In South Korea, there are 16 surviving victims registered with the government. According to historians, there were around 200,000 victims, mostly from Korea.

Kim Kang-won, the lawyer for the plaintiffs, welcomed the verdict, saying he felt "very emotional." And he will review how to make Tokyo actually pay damages to the victims as ruled, which is expected to be an uphill battle, if history is any guide.

While the ruling is lauded for finally bringing some justice -- if belatedly -- to the victims, it is also feared to further aggravate bilateral relations between Seoul and Tokyo, which are badly frayed over thorny issues, such as wartime forced labor and Tokyo's export curbs.

According to Amnesty International, survivors from various countries, including Taiwan and the Philippines, have filed around 10 lawsuits against Tokyo over the past three decades, but none of them won their cases.

Another ruling in a similar case is expected to come out next week. 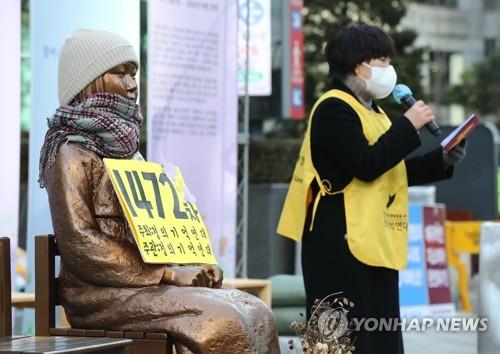