SEOUL, Jan. 8 (Yonhap) -- As the immigration film "Minari," directed by Korean American Lee Isaac Chung, has been on a roll in the award season, hopes are high that its supporting South Korean actress Youn Yuh-jung could get an Oscar nod.

Youn, who took the role of the eccentric grandmother in Chung's semi-autobiographical film, has won a total of seven best supporting actress trophies in U.S. film critics circles and festivals including the Oklahoma Film Critics Circle, the North Carolina Film Critics and the Boston Society of Film Critics. 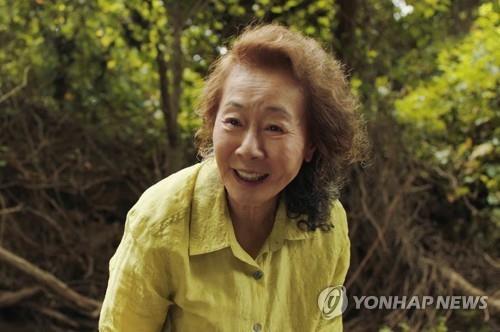 "Minari" depicts first-generation immigrants from Korea in pursuit of their own American dream from the point of view of a 7-year-old boy named David (Alan Kim) and his parents, Jacob (Steven Yeun) and Monica (Han Yeri). The family's life faces some changes after Youn arrives in the United States from Korea.

According to U.S. entertainment media outlet Variety, Youn is leading the race for the Oscars' best supporting actress award over Maria Bakalova for "Borat Subsequent Moviefilm" and Amanda Seyfried for "Mank."

It picked five potential candidates for the best supporting actress category, namely Youn, Bakalova, Seyfried, Olivia Colman for "The Father" and Ellen Burstyn for "Pieces of a Woman."

If Youn is nominated for the 93rd Academy Awards in April, she will be the first South Korean actress or actor to get a nod for a category given to actors or actresses who delivered an outstanding performance in a leading or supporting role from the world's most coveted film award.

Actress Awkwafina of Korean descent was nominated and awarded best actress at last year's Golden Globe Awards for her performance in Lulu Wang's comedy-drama "The Farewell" (2019), but she failed to make it to the Oscars.

Moreover, Steven Yeun is also mentioned as a contender for the Oscars' best actor. In Variety's latest Oscar predictions, Yeun is listed in the category with four other candidates, including Chadwick Boseman of "Ma Rainey's Black Bottom" and Anthony Hopkins of "The Father."

Yeun's Academy nomination would mark the first Korea-born actor to achieve the feat. 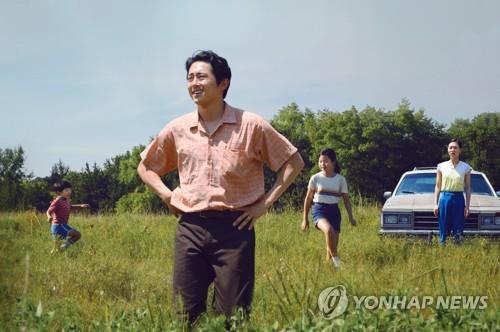 The Academy of Motion Picture Arts and Sciences (AMPAS), the organizer of the Oscar Awards, will announce its final nominations for each section on March 15 and hold the award ceremony on April 25.