(ATTN: UPDATES with comments from KDCA chief in paras 6-7)

"I want to be cautious, but I believe that we have gotten past the peak (of the third virus wave)," Chung said during a parliamentary interpellation session at the National Assembly.

Chung's remarks echoed those of state health officials, who said that latest wave of the coronavirus pandemic appears to be slowly declining amid tough social distancing guidelines. 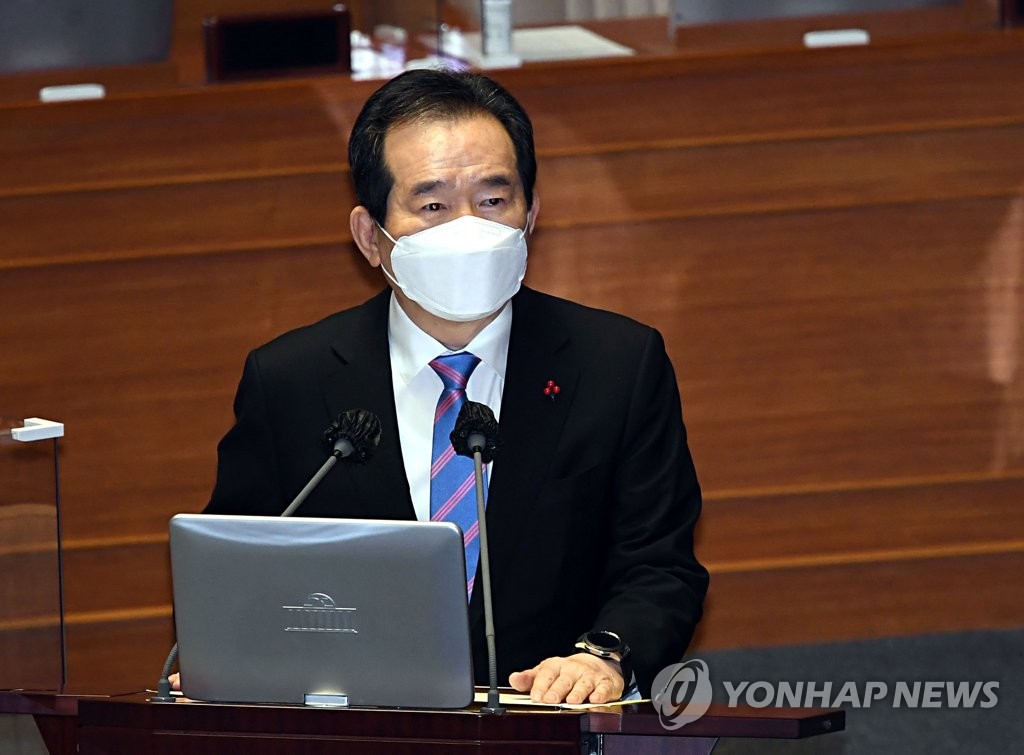 "The virus reproduction rate has currently dropped to around 1. If we carry out strict disease control measures, we believe that the virus trend could stabilize," Chung said.

Jeong Eun-kyeong, head of the Korea Disease Control and Prevention Agency, said that the government aims to form collective herd immunity among the public through vaccinations by November, before the influenza season of 2021 begins in earnest.

"We believe that around 60 percent to 70 percent of the public should become immune in order to form herd immunity. As far as our knowledge, other countries too are aiming to establish herd immunity sometime between the third quarter and the fourth quarter of this year," Jeong told lawmakers.

On the mass virus outbreak at Dongbu Detention Center in Seoul, Chung stated that the government should be held responsible if legal liabilities are revealed.

On Wednesday, the main opposition People Power Party filed a complaint with the prosecution against Justice Minister Choo Mi-ae for allegedly neglecting her duty to properly handle the prison virus outbreak.

The number of cases linked to nationwide correctional facilities reached 1,207 as of Friday afternoon, with three inmate patients reported dead so far.

"I myself and the (justice) minister, as well as involved officials, have admitted to the government's deficient response regarding this issue and have apologized," Chung said. "What the government did right and wrong in terms of the prison outbreak response should be reviewed on this matter (of legal responsibility)." 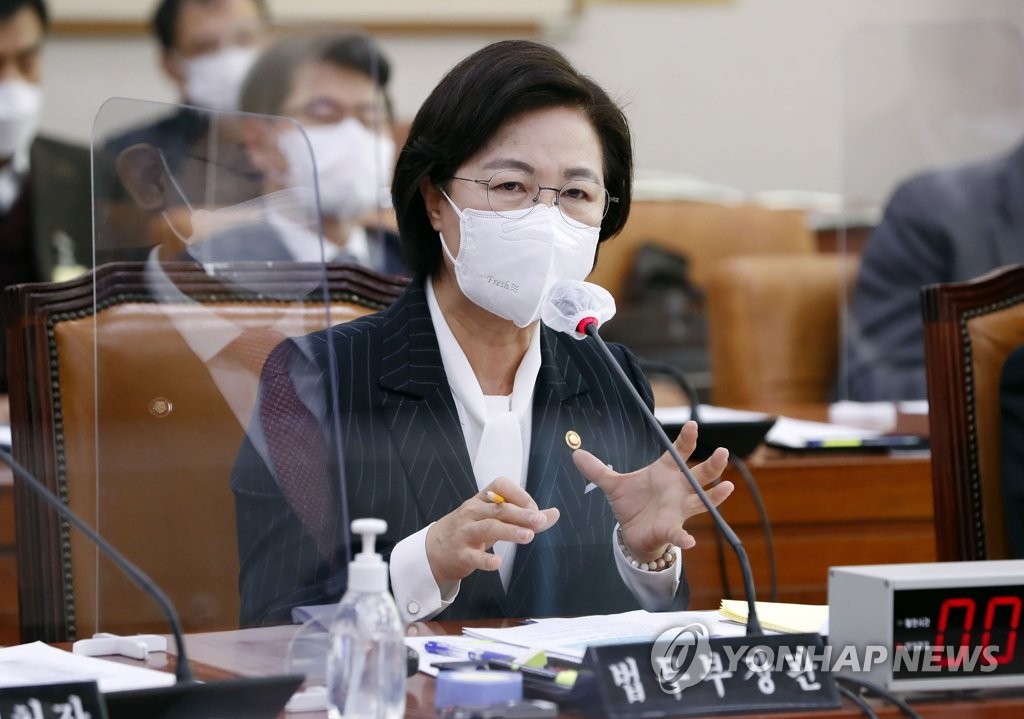 Choo, meanwhile, defended herself by arguing that she "took appropriate measures that were possible."

The minister said at a parliamentary judiciary committee session that she ordered virus testings on those who had close contact with a prison employee who was confirmed to be infected on Nov. 27. According to Choo, those tested all yielded negative results.

The minister also said she made a request to test everyone at the facility after the first inmate infection case was reported on Dec. 14. "But the response from the health authorities was to wait and observe the situation, therefore I had to respect the opinion," she explained.

"In terms of timing, I believe that a large number of asymptomatic patient inmates entered the Dongbu facility following the period of mass increase of coronavirus patients," she said. 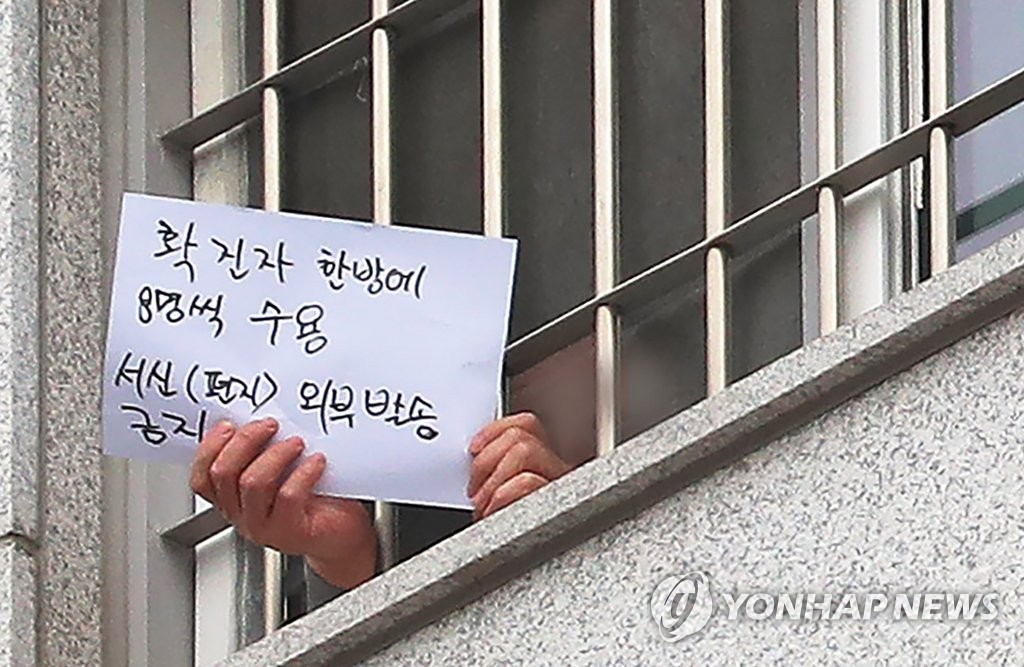