WASHINGTON, Jan. 8 (Yonhap) -- North Korean leader Kim Jong-un's harsh remarks toward the United States during a key party meeting may indicate his intention to never give up nuclear ambitions, but they could also be seen as aimed at pressuring Washington to offer more concessions in future denuclearization talks, experts said Friday.

In his report to the ongoing eighth congress of the North's ruling Workers' Party in Pyongyang, Kim said his country's external political activities must focus on "suppressing and subduing" the U.S., while calling the U.S. the "biggest enemy."

Kim insisted the U.S. holds the key to improving U.S.-North Korea relations and restarting their denuclearization dialogue, which it can do by dropping what he called Washington's hostile policy toward Pyongyang. He also threatened to advance the nuclear arsenal of his country. 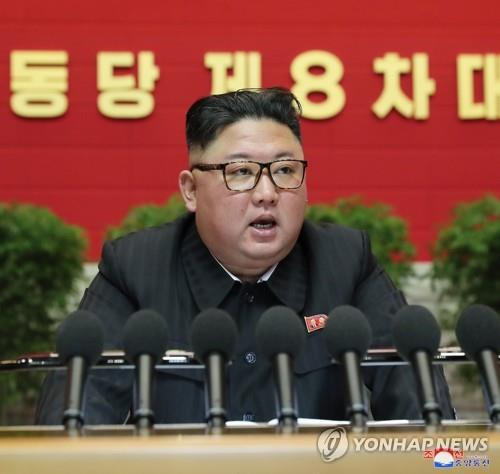 With President-elect Joe Biden set to be inaugurated on Jan. 20, his remarks may show he has little expectation for the new U.S. administration, at least for now, noted Harry Kazianis, a senior director of Korean studies at the Center for the National Interest, a Washington-based think tank.

"I think North Korea sees Joe Biden as having to deal with coronavirus, economic recovery and China first before doing anything on the DPRK. He knows, that at least for now, Washington is preoccupied with what it feels are bigger problems," Kazianis told Yonhap News Agency. DPRK stands for the North's official name, the Democratic People's Republic of Korea.

"Kim might be preparing his people for the long term, to know that sanctions relief is not coming anytime soon and that he expects little to nothing from Washington -- and he is correct in his assessment," he added.

Still, Kim may have laid out his conditions for giving up his country's nuclear arsenal.

"This does not mean we are back to the days of fire and fury, but we should recognize Kim does not intend to give up much of anything unless the U.S. makes a bold first move in removing its so-called hostile policy," said Kazianis.

The U.S. expert also argued the North's development of nuclear weapons or long-range missiles may not immediately lead to a surge in tensions.

"Kim -- at least for now -- can develop any missile or nuclear weapon he wants in the lab, as that does not have any public facing features that could spark a crisis," he said. "Testing is what will spark a crisis, not scientists somewhere building up Kim's deterrent." 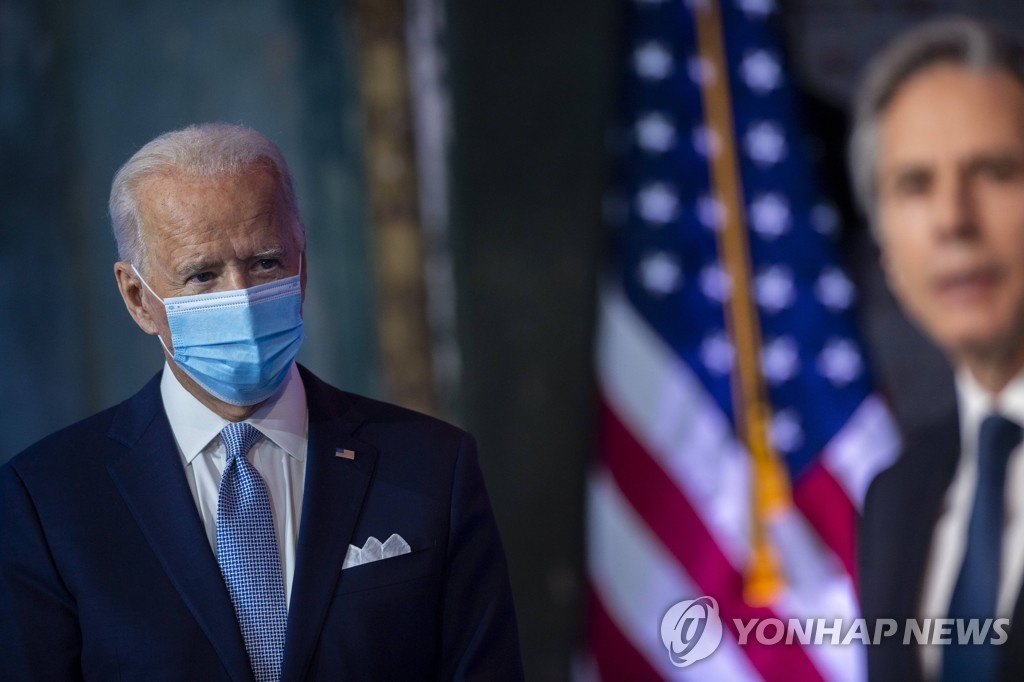 Kim said he no longer feels bound by the self-imposed ban on weapons testing early last year, but he still has not conducted any nuclear or long-range missile tests.

The experts here said the North will have its turn at the table with the U.S. if it can be patient but warned it must not try to test the new U.S. administration.

"If Kim Jong-un mistakes engagement with weakness, however, he will create a self-fulfilling prophecy of confrontation. Conversely, if he can temper his demands and employ restraint rather than brinkmanship, the North Korean leader can focus more on internal development," he said in an email interview with Yonhap.

Kazianis noted it may take some time for both the U.S. and North Korea to find the time and energy to resume their denuclearization dialogue.

"North Korea will also be busy trying to vaccinate its people and ensuring COVID-19 never spawns into a mass outbreak. Simply put, both sides have bigger problems to deal with and are looking away from each other. However, as we get deeper into the year, there is a chance for some talks to occur," he said.

Others argued Kim's remarks may reflect his decision not to give up his nuclear weapons.

"In case you needed another reminder that Kim isn't denuclearizing: 'Our foreign political activities should be focused and redirected on subduing the U.S., our biggest enemy and main obstacle to our innovated development,'" Daniel DePetris, a columnist for Washington Examiner, wrote on his Twitter account, citing Kim's remarks.

"The U.S. is long past the point of ridding the North of its nuclear weapons program in full. If it happens, (it) will take decades. This is an obvious observation, but one that needs to be repeated time and time again due to the myopic denuclearization obsession in the Beltway," he said in another Twitter post.

North Korea has long been suspected of developing its nuclear and long-range missile capabilities despite its moratorium on weapons testing.

Kim partly confirmed such suspicions, saying his country has successfully developed "tactical" nuclear weapons and a "super-large hydrogen bomb" in less than five years since the seventh party congress was held in early 2016.

Ankit Panda, a researcher and nonproliferation expert at the Carnegie Endowment on International Peace, agreed Kim has only confirmed his continued pursuit of nuclear weapons and long-range ballistic missiles.

"Reiteration of a consistent justification for nuclear weapons possession by North Korea: nuclear weapons are an enabler of security and, ergo, development," he wrote on his Twitter account.