SEOUL, Jan. 10 (Yonhap) -- The number of highly pathogenic bird flu cases in South Korea stood at 51 on Sunday after the country added another confirmed case from a duck farm in a southeastern county, officials said.

The latest case was found in a broiler duck farm in Geochang, South Gyeongsang Province, about 300 km away from Seoul, according to officials. It was confirmed as the malign H5N8 type.

A standstill order has been issued for all poultry farms in Geochang.

The agriculture ministry said Saturday that tests were under way on three suspected cases, including one from another duck farm in a southern region and one from an egg farm in a city near Seoul.

The country had culled nearly 15 million poultry as of Friday. 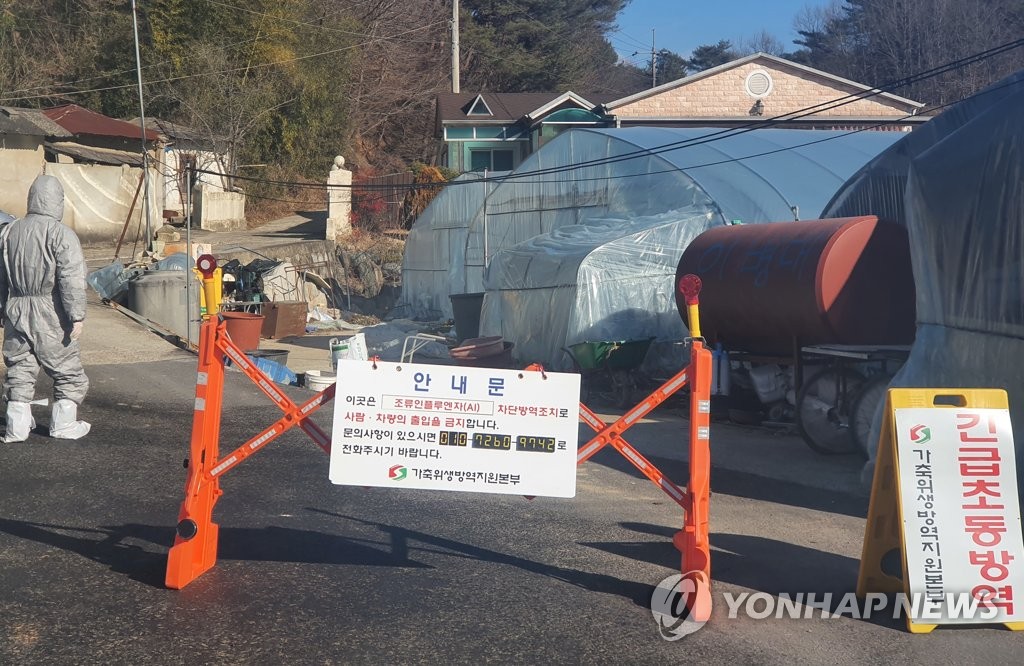