SEOUL, Jan. 11 (Yonhap) -- President Moon Jae-in's job approval rating has dropped to 35.5 percent, while the proportion of those critical of his leadership has hovered above 60 percent, a poll showed Monday.

In the five-day tracking survey by Realmeter of 2,513 voters nationwide from last Monday, his approval rating fell 1.1 percentage point to 35.5 percent from a week earlier.

It marked the sixth consecutive week that Moon's approval rating has stayed in the 30 percent range. 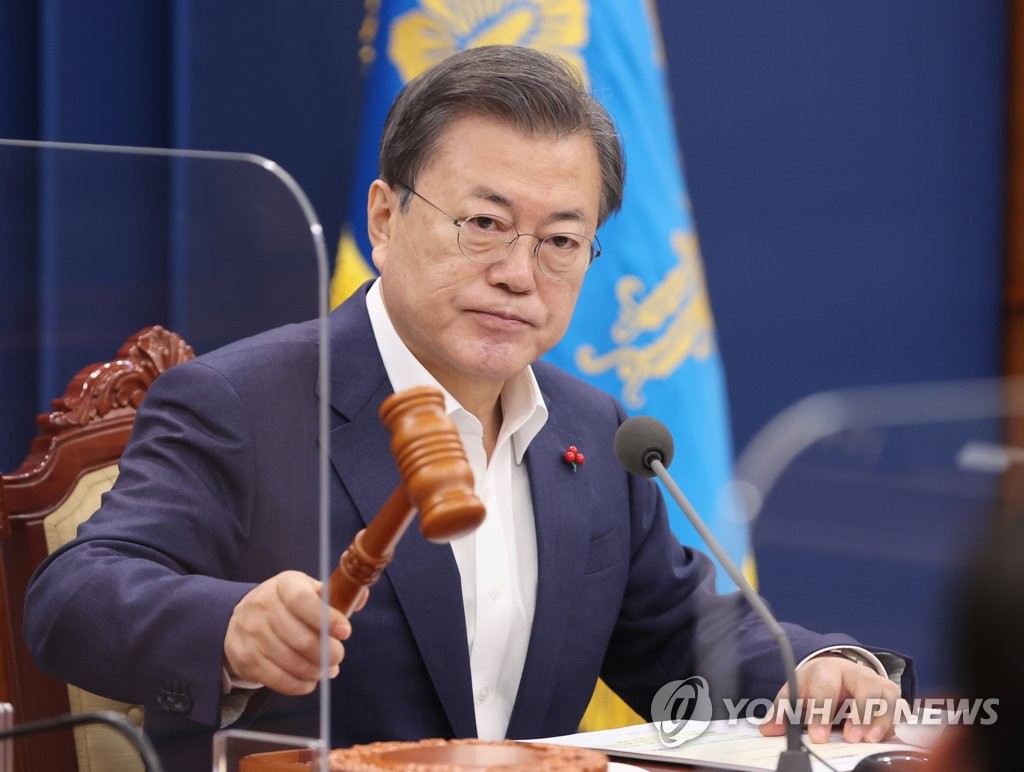 Realmeter cited such major issues as the DP leader's talk of the need for the president to grant special pardons to two former jailed presidents -- Lee Myung-bak and Park Geun-hye -- in a bid to promote national unity and mass COVID-19 infections among inmates at the Dongbu Detention Center in Seoul.

Moon's approval rating had already been on the decline amid a resurgence of coronavirus cases across the country and continued instability in the real estate market.