SEOUL, Jan. 11 (Yonhap) -- South Korean state bonds worth nearly 48 trillion won (US$44 billion) are slated to mature in 2021, with the amount rising further in the next couple of years due to more fiscal spending to weather the coronavirus fallout, government data showed Monday.

Treasurys worth 48.2 trillion won, including state debt and inflation-indexed bonds, are scheduled to come due this year, according to the data from the finance ministry.

The value of maturing state bonds is forecast to soar to an all-time high of 61.1 trillion won next year and increase further to 67.8 trillion won in 2023.

The expected surge results from increased government debt sales to finance programs to help cushion the fallout from the coronavirus outbreak that has gripped Asia's fourth-largest economy since early last year.

South Korea's Treasury sales soared to 174.5 trillion won in 2020 from 101.7 trillion won a year earlier in a bid to help reduce the impact of the coronavirus on the economy.

The government has provided cash handouts and other relief to households, merchants and self-employed people bearing the brunt of the ongoing antivirus battle. 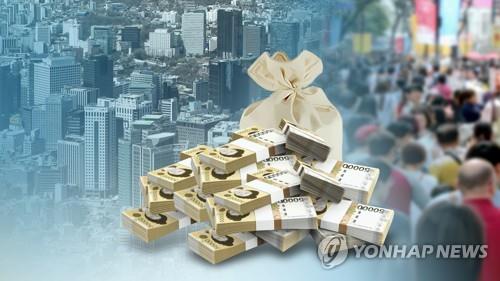