Her absence on the politburo list drew a sharp contrast with South Korean intelligence authorities' assessment that the younger Kim is "the de facto No. 2 leader" steering overall state affairs.

The National Intelligence Service made the assessment during a closed-door parliamentary briefing in August, with a prediction that she would be elevated to a higher party post in the rare congress, according to lawmakers.

"Kim Yo-jong can always be appointed as an alternate member or member of the political bureau when Kim Jong-un decides to do so, and her official status can be suddenly elevated like in the case of Jo Yong-won as she regularly assists leader Kim in his public activities," Cheong Seong-chang, a senior researcher at the Sejong Institute, said.

They also point out the possibility that the North could introduce a new agency and place the younger Kim in a key position.

Leif-Eric Easley, a professor at Ewha Womans University in Seoul, pointed out that Kim's path of promotions is "not linear."

"She comes in and out of prominence and her title tends not to match her importance. She is a confidant and image consultant for her brother as well as a trusted pair of eyes and ears embedded in the North Korean elite," he said in a comment sent to reporters. 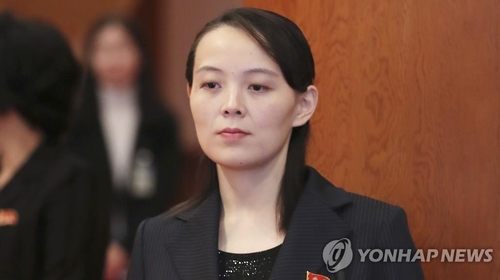