According to the Ministry of Employment and Labor, the government paid more than 956 billion won in job-seeking benefits in December, bringing the yearly total to 11.85 trillion won. 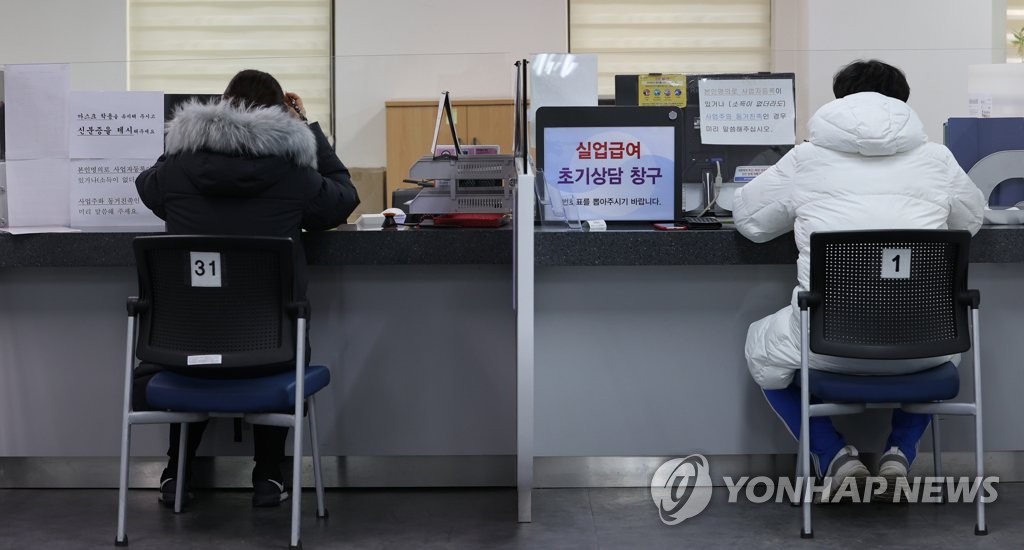 The previous high was set in 2019, when the government paid 8.09 trillion won in unemployment benefits.

The ministry in part attributed last year's increase to an extension of the payment period that kicked in October 2019.

The monthly additions dropped sharply to 155,000 in May when the impact of the coronavirus pandemic began to be felt in earnest.

The slowdown was attributed in part to a decrease in subscribers in the public administration sector due to the termination of government-created job projects at the end of the year.

The hospitality sector, which was hit hard during the country's recent third wave of the pandemic, also posted 34,000 fewer subscriptions in December, widening the scope of decrease.

Record 11.85 tln won paid in unemployment benefits in 2020 amid pandemic

Record 11.85 tln won paid in unemployment benefits in 2020 amid pandemic