Authorities are currently investigating a suspected case of the HN58 strain of bird flu from a duck farm in Muan, 385 kilometers south of Seoul, according to the Ministry of Agriculture, Food and Rural Affairs.

Later in the day, another suspected case at a chicken farm in Namyangju, northeast of Seoul, was reported.

Since late November, South Korea has identified 51 cases of the malign strain of avian influenza. 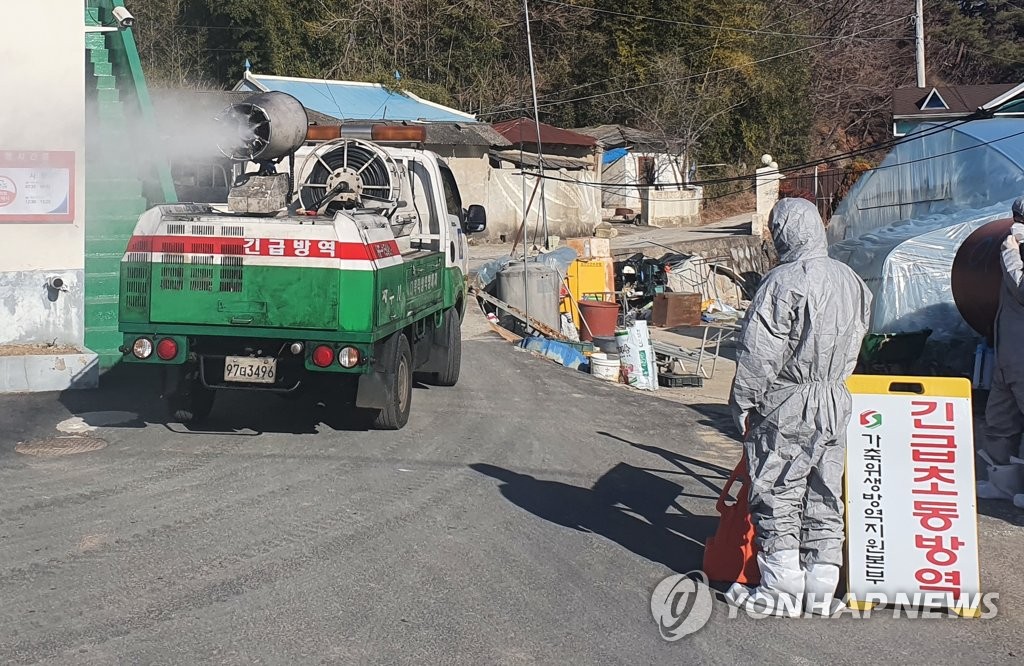 Gyeonggi Province surrounding Seoul accounted for 13 cases, while the provinces of North and South Jeolla took up 11 each.

In line with the country's efforts to prevent the spread of the virus, authorities have so far culled 15 million poultry. Birds within a 3-kilometer radius of infected farms are destroyed.

South Korea found its first avian influenza case tied to wild birds in October. Since then, a total of 61 cases have been identified from wild bird habitats.