SEOUL, Jan. 11 (Yonhap) -- LG Electronics Inc. on Monday introduced its latest innovations at its press conference for the world's largest tech expo, including a smartphone with rollable display and a virtual human, as the South Korean tech powerhouse seeks to provide solutions that could improve people's lives in the new normal era of the pandemic.

Under the theme of "Life is ON -- Make yourself @ Home," LG presented its future products and services at its media event for the all-digital Consumer Electronics Show (CES) 2021, which will run until Thursday.

"While our approach to life may be different now, we persevere," said LG Electronics CEO Brian Kwon. "At LG, we will never stop innovating to bring you more convenience, more entertainment and more ways to keep you safe, so that you can live your lives to the fullest, whatever changes may come." 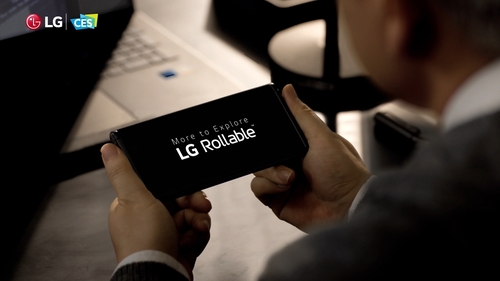 At its online event, LG featured its smartphone with a rollable OLED display for the first time. Named "LG Rollable," the device, highlighted by a resizable screen with a side-rolling display, was shown briefly at the beginning and end of the press conference.

However, the company did not reveal detailed specifications and overall design. LG said it will hold a separate event for the new handset in the first half of the year.

LG said that the smartphone with a rollable display will be its second product under the Explorer Project, the company's new mobile category announced last year that aims to deliver devices with a different form factor and upgraded mobile experience.

In September, LG launched the Wing, a dual-screen smartphone with a rotating form factor, under the Explorer Project.

Also in the event, LG introduced Reah Keem, a virtual human that the company created with artificial intelligence (AI) and deep learning technologies. Designed as a female musician, the artificial human introduced LG's new CLOi robot that utilizes ultraviolet C light to clean high-touch, high-traffic areas, such as hotel rooms and restaurants as well as its new LG Gram laptop and UltraFine monitor. 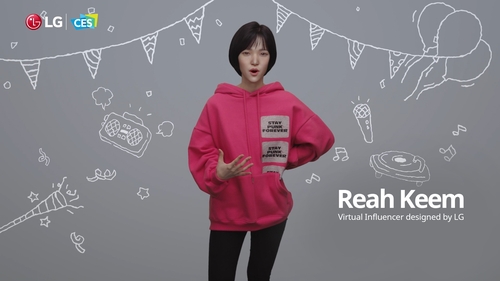 In addition to its premium electronics and AI technology, LG unveiled services related to its upgraded IoT platform, LG ThinQ, with partnership deals.

LG announced it has joined hands with global food companies, including Nestle and Kraft-Heinz, so that more consumers can purchase foods through its LG ThinQ app. It also introduced a "scan-to-cook" feature, which provides optimal cooking recipes when users scan the barcode of a food product.

The company announced that LG ThinQ app users can get help from U.S.-based home improvement service firm HomeAdvisor when they plan to relocate its home appliances in their houses.

"We are reinventing ThinQ App from a control interface to a digital platform for ever-growing range of services and solutions," said Samuel Chang, a vice president at LG's North America Innovation Center. "The most important thing about this idea is that it will be an open and collaborative eco-system."

At CES 2021, LG will run four online exhibition sites -- Life is ON TV, Virtual Experience, LG SIGNATURE in Vegas and Life's Good Studio -- to showcase its products and services.

Life is ON TV is an internet broadcasting zone that will show video clips, documentaries and events related to LG's products. Virtual Experience is the company's main exhibition booth where people can check the company's TV, home appliance and other IT products.

LG SIGNATURE in Vegas is an online exhibition hall highlighting LG's luxury SIGNATURE products, while Life's Good Studio will show content and products targeting the MZ generation, which refers to those born between 1980 and the early 2000s as a combination of millennials and Generation Z. 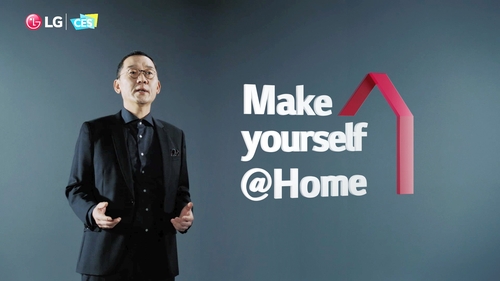