SEOUL, Jan. 12 (Yonhap) -- North Korean officials have held consultative meetings and reviewed a draft resolution on the policy goals rolled out by leader Kim Jong-un in the years to come during a rare party congress, state media said Tuesday.

During the seventh-day session of the eighth congress of the Workers' Party in Pyongyang on Monday, delegates discussed "the draft resolution for thoroughly implementing the tasks set forth in the report on the work of the Party Central Committee," according to the Korean Central News Agency (KCNA).

The report was made by leader Kim in the earlier sessions of the congress, at which he vowed to continue the regime's nuclear development while stressing "self-reliance" for its economy. 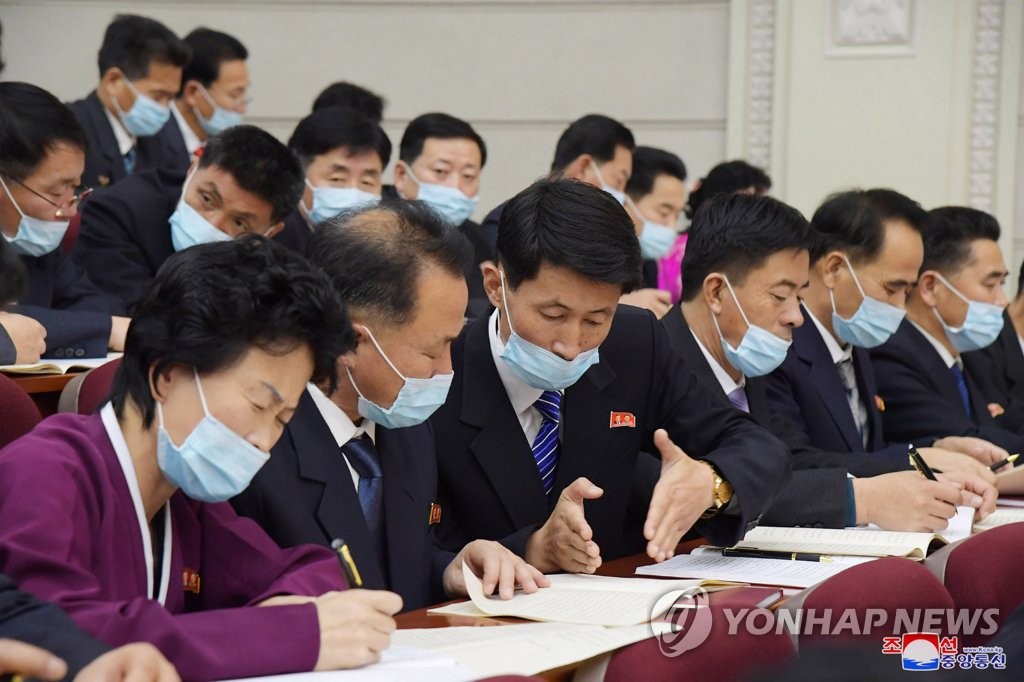 "The consultative meetings in the fields of military affairs and munitions industry discussed issues arising in implementing the important strategic tasks for strengthening the state defense capabilities, the cornerstone of the existence of our state," KCNA said.

In an earlier session, Kim called for work to make "nuclear weapons small, lighter and tactical and steadily push ahead with the production of super large nuclear warhead."

He also boasted of a new nuclear-powered submarine under development and ordered improvement in its missiles' strike capabilities targeting objects in the range of 15,000 kilometers, apparently intended to be capable of reaching the mainland U.S.

Also reviewed during Monday's discussions were the goals set forth in the economic, agricultural, education and public health sectors.

In photos released by the state media, delegates were seen holding discussions with face masks on, the first time since the event kicked off last week.

The congress appears to be coming to an end, but it is unclear exactly when the event will close as the North has not made public the schedule. The previous congress in 2016 was held for four days. 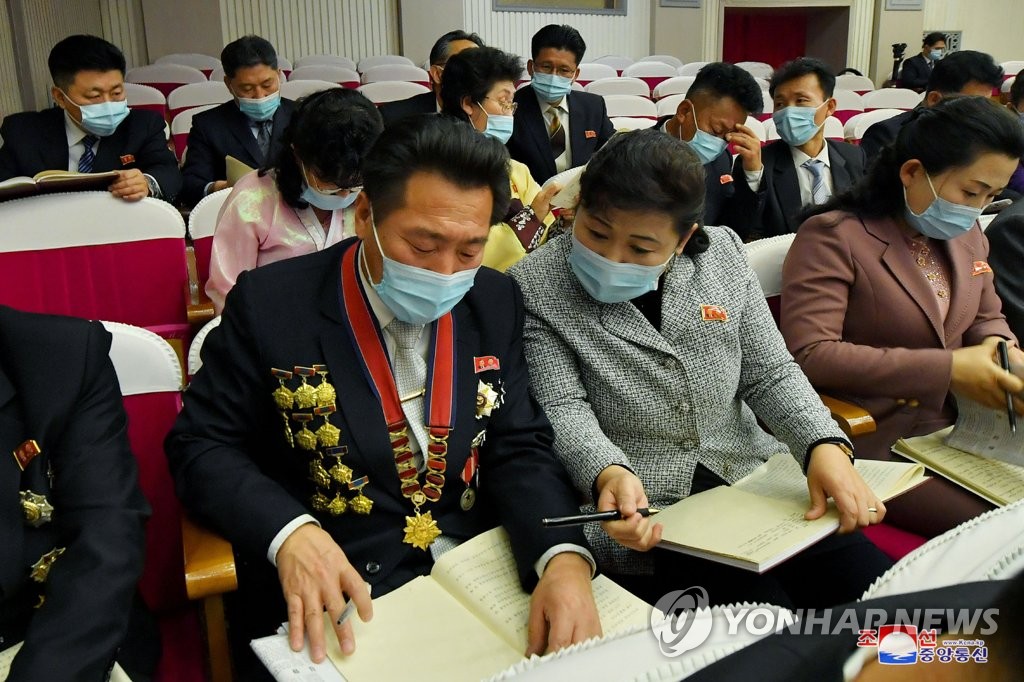