SEOUL, Jan. 12 (Yonhap) -- Officials and others long involved in government affairs have been invited as special guests to "celebrations" arranged to mark the ongoing party congress, Pyongyang's media reported Tuesday, raising the possibility that North Korea might be preparing a military parade.

State media, however, have not reported on such an event yet, spawning speculation that it might have been a rehearsal and a military parade could take place in the days to come. North Korea has usually broadcast live or aired recorded footage of military parades later.

"The Central Committee of the Workers' Party of Korea (WPK) invited officials and persons of distinguished services, who had worked in the Party, the government and the military for a long time, as special guests to the celebrations of the 8th Congress of the WPK," the Korean Central News Agency said, without specifying what the celebrations might be.

The North last held a massive military parade in October to celebrate the 75th founding anniversary of the Workers' Party, showing off its state-of-the-art weapons, including a new intercontinental ballistic missile and a submarine-launched ballistic missile. Leader Kim Jong-un attended the event and delivered a speech.

In an earlier session of the party congress, Kim defined the U.S. as the North's "foremost principal enemy" and vowed to bolster its nuclear arsenal.

Asked to comment on signs of the North's military parade, Seoul's military said Tuesday that activities related to the congress appear to be continuing, without elaborating. 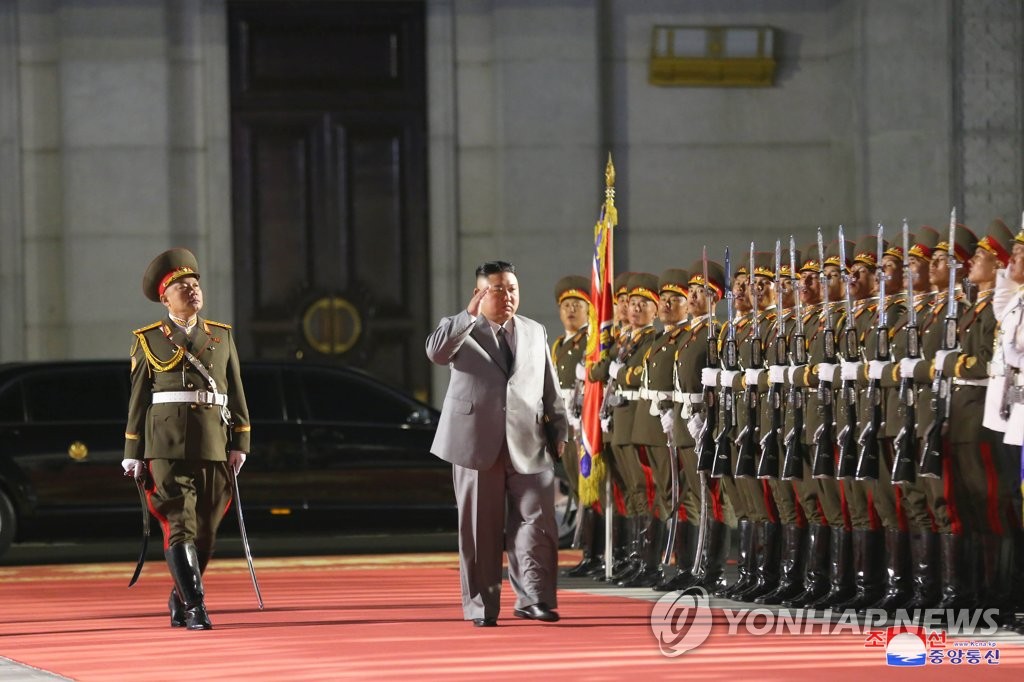