Carmakers sold a total of 213,264 eco-friendly models last year, up from 138,957 units the previous year, according to data from companies and the Korea Automobile Importers and Distributors Association (KAIDA).

It was the first time for automakers to report annual sales of more than 200,000 eco-friendly cars in Asia's fourth-biggest economy.

The sales of eco-friendly vehicles are expected to rise further this year as local and foreign carmakers plan to launch more electric models.

This year, Hyundai Motor Co., the country's biggest carmaker, plans to launch the IONIQ 5, the first all-electric model based on its own EV platform called the electric-global modular platform (E-GMP).

When sales of 11,826 Tesla models sold in Korea last year are combined, the total sales figure of eco-friendly cars jumped 59 percent to 225,090, the data said.

Eight out of 10 eco-friendly cars sold last year were gasoline hybrid and plug-in hybrid models. And one out of four all-electric models was from Tesla Motors.

Hyundai Motor Co. and its affiliate Kia Corp. sold 128,229 eco-friendly models last year, up 68 percent from a year ago. 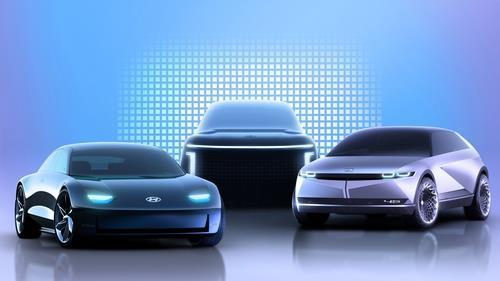