SEOUL, Jan. 12 (Yonhap) -- New sentencing guidelines will subject business owners to up to 10 1/2 years behind bars in the event of their employees' deaths owing to lax safety or health protection measures, the top court said Tuesday.

According to the Supreme Court, its Sentencing Commission fixed the guidelines on workplace disaster cases during its online meeting held a day earlier.

The new guidelines call for jail sentences between one and two and a half years for business owners for on-duty deaths at their workplaces blamed on violations of safety and health protection requirements under the Occupational Safety and Health Act, the court said.

The sentencing could go up to 10 1/2 years for those who commit the crime repeatedly or again within five years of being convicted, the court said.

Compared with the past, the updated guidelines stipulate a jail term of up to three years longer for workplace disasters. They also newly adopted a sentencing standard for those who commit similar crimes repeatedly or cases that produce many victims.

The commission plans to give the final nod to the guidelines in a plenary meeting on March 29 after holding a public hearing on the latest decisions.

A revised Occupational Safety and Health Act went into effect in January last year to root out on-duty deaths or other severe workplace disasters following the tragic death of a young subcontract worker at a thermoelectric power plant in Taean, 150 kilometers southwest of Seoul, in December 2018.

The 24-year-old Kim Yong-kyun was found dead about five hours after being killed, trapped in a conveyor belt at the plant's coal conveyance facility, while inspecting the facility alone.

An investigation found that Kim's employer, a subcontractor of Korea Western Power Co., which is a subsidiary of the state-run Korea Electric Power Corp., dispatched only Kim to the plant in violation of a safety rule that requires two people to work as a team.

During Monday's meeting, the commission also discussed whether to revise the sentencing guidelines on child abuse cases but failed to reach an agreement. The tragic death in October of a toddler apparently due to abuse by her adoptive parents has brought the child abuse issue back into the spotlight.

It also decided to defer fixing sentencing guidelines concerning the severe workplace disaster punishment law, which was passed by the National Assembly last week and will go into effect more than a year later. 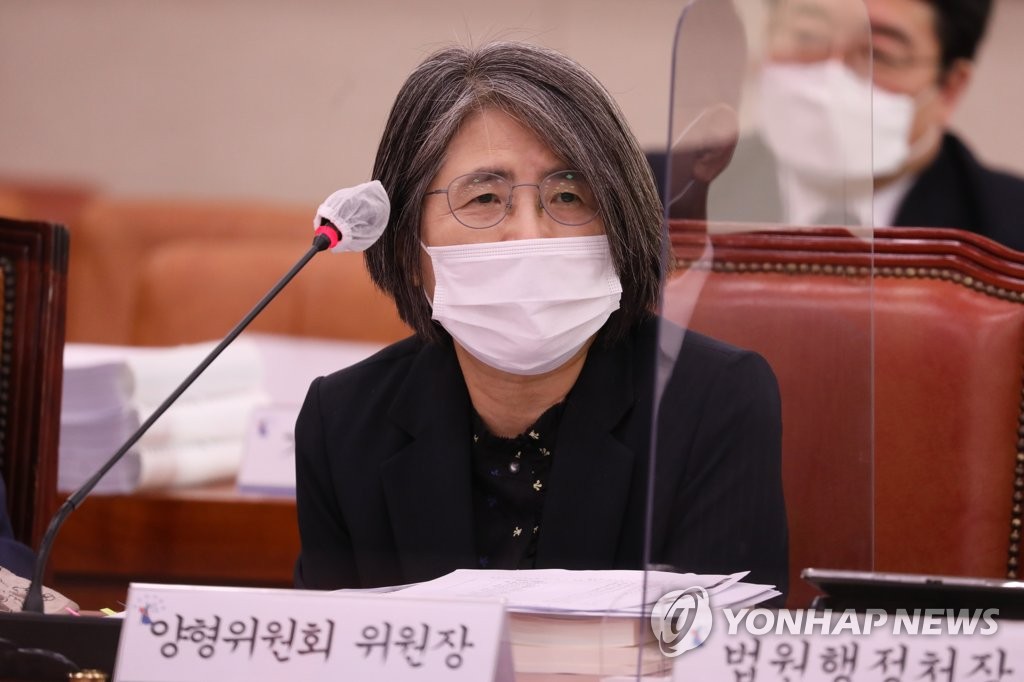