SEOUL, Jan. 12 (Yonhap) -- Kim Jae-hyung, who works at Pixar Animation Studios as a character animator, had a distinguished past career back in South Korea.

He was an incipient doctor who graduated from Seoul's elite Yonsei University, with a promising and lucrative future on the horizon.

But the rosy outlook did not satisfy Kim, who was largely interested in drawing and animation. At age 30, he finally quit his job and changed his career.

"I'd been constantly bothered by the fact that I didn't like studying medical science and working at a hospital," he said in an online interview on Tuesday. "I left the hospital to find something that could make me motivated and happy."

Then, he risked his life. He flew to the United States to study animation at Academy of Art University.

His bet paid off after just three years. He got the opportunity for an animation internship at Pixar Animation Studios in 2006 and settled at the company from 2008.

In the latest fantasy comedy drama "Soul," directed by Pete Docter, he focused on drawing its main characters like Joe Gardner, who works as a middle school music teacher but dreams of a career in jazz.

Joe accidentally faces the separation of his soul and body after a jazz audition and tries to reunite them. The computer animated film is the first Pixar project in which an African American character takes a lead role.

"Soul" was originally scheduled for theatrical release in the U.S. in June last year but was released on Disney's streaming platform Disney+ in December due to COVID-19.

"It was really hard to create the African American character, because I worried some of his gestures and facial expressions might not be accepted by African American society," he said. "And I had to study jazz and how a piano functions to realize Joe's piano audition in the film."

His medical career also played a role. In scenes in which Joe is admitted to a hospital due to the soul-body separation, Kim gave some advice on medical facilities and treatment to his colleagues assigned to draw the backgrounds.

"I didn't work on creating those hospital scenes, but I advised the animators to change some details as a former doctor," said Kim, laughing.

But the animator is not content with the outcome of his parts, although the film, created by more than 100 experts, designers and animators, has been critically acclaimed by both audiences and film critics.

"Soul" was selected for the official lineup for the 2020 Cannes Film Festival and premiered in Asia at the Busan International Film Festival in October.

"As an animator, it is painful to see complete scenes that I worked on," he said. "I always think, I should have done better or I could choose a different style."

Despite his dissatisfaction, he said he is sure that the film will give comfort to all South Korean people tired of fighting against the monthslong novel coronavirus pandemic.

"I know I still have a lot more to improve, but I'm very happy to be part of this big project," he said. "This one is designed to be screened in theaters. I hope more people can come to cinemas and get healed through this film." 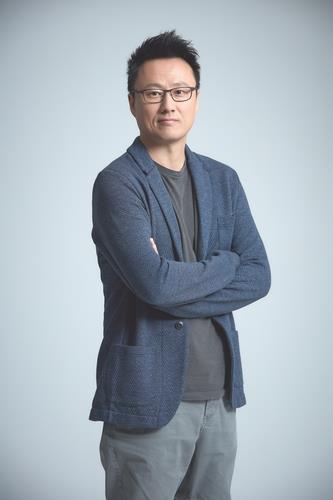