The 5G-integrated chipset, which will be the brain of mobile devices, was introduced at Samsung's Exynos On event held on the sidelines of the all-digital Consumer Electronics Show (CES) 2021.

"Our Exynos team has been committed to creating premium mobile computing experiences by bringing innovations to processors that are at the heart of today's smart devices," said Kang In-yup, who heads System LSI Business at Samsung. "Exynos 2100 will set a new standard for tomorrow's flagship mobile devices." 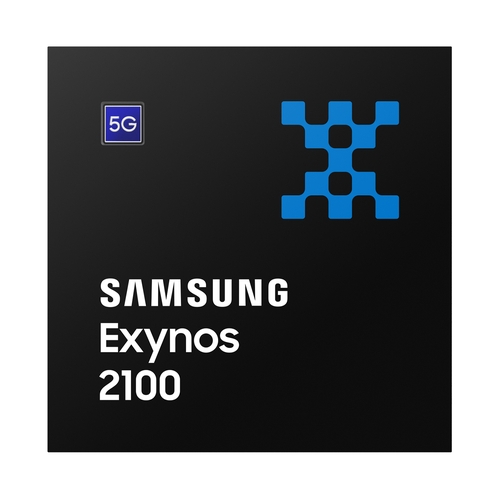 Using the latest cores from British chip design firm Arm Ltd., Samsung said the Exynos 2100 comes with tri-cluster architecture and that its multi-core performance is 30 percent better than previous models.

"The evolution of technologies such as 5G, advanced graphics and machine learning have been critical in enabling new mobile experiences," said Paul Williamson, vice president and general manager, Client Line of Business at Arm. "Arm and Samsung have collaborated closely to incorporate Arm's powerful next-generation compute and graphics platform, at the heart of the Samsung Exynos 2100."

This means the chip can process massive amounts of data on its own without help from a cloud server, thus providing stable services to users.

The Exynos 2100 also comes with a high-end image signal processor that supports an image resolution up to 200 mega pixels. It can be connected with a maximum six image sensors.

Samsung said the latest chipset is also energy efficient as it is equipped with its power saving solutions known as Amigo, or Advanced Multi-IP Governor, when running high-quality games and programs. 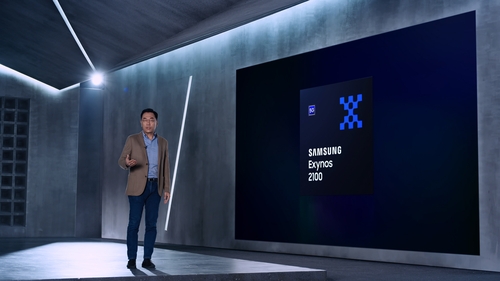 The South Korean tech titan said the Exynos 2100 is already in mass production. The chipset is expected to power Samsung's premium Galaxy S21 smartphone, which is scheduled to be unveiled on Thursday, along with Qualcomm Inc.'s Snapdragon 888 mobile AP.