The Seoul government has been negotiating with Novavax to secure its vaccines as early as in the second quarter of this year, sources with knowledge of the issue said. 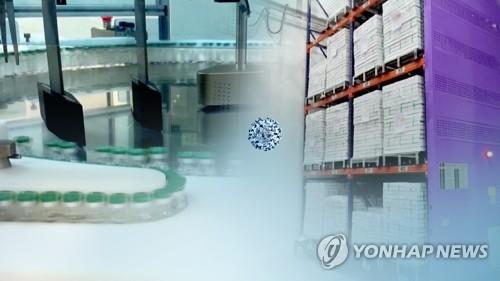 The government earlier said it has secured access to COVID-19 vaccines for 56 million people from four pharmaceutical companies and the World Health Organization's global vaccine project, known as COVAX.

While the secured quantity is more than the nation's 52 million population, authorities have been working to secure an additional volume of vaccines due to lingering uncertainties surrounding inoculation, Prime Minister Chung Sye-kyun said earlier in the day.

Novavax vaccines can be shipped and stored at standard refrigeration temperatures as opposed to mRNA vaccines from Pfizer and Moderna that require freezing temperatures.

President Moon Jae-in said Monday that the government will provide all South Korean people with free-of-charge COVID-19 vaccines in phases starting next month.