SEOUL, Jan. 12 (Yonhap) -- An evangelical church in a central city has emerged as a new hotbed of infections amid a downturn in the daily number of coronavirus cases in the country, health authorities said Tuesday.

The Korea Disease Control and Prevention Agency (KDCA) said a total of 576 cases across the nation were linked to BTJ Center for All Nations in Sangju, 270 kilometers southeast of Seoul, as of midnight.

Out of 2,800 people who visited the center between Nov. 27 and Dec. 27, 126 people have tested positive for the virus and some of them transmitted the virus to 450 people across the country.

The KDCA warned that the tally would rise further as nearly 70 percent of the visitors over the one-month period have not been tested yet. It said it has been struggling to track down the possible infection links among the visitors as most of them have been out of contact or refused to get tested.

"The non-cooperative attitude toward the government's disease control will cause great damage to the entire society," said Lee Sang-won, who heads epidemiological investigation analysis at the KDCA. "We ask all visitors to the BTJ Center in November and December, as well as those who have symptoms after coming in contact with them, to quickly get tested for the sake of our safety."

The church officials allegedly refused to submit a list of 500 people who participated in an event held at the center on Nov. 27-28 when the city government requested the submission early last month, according to the police.

Although they belatedly handed the list to the authorities in mid-December, it was only after a number of infections connected to the church were reported from other regions.

South Korea seems to have managed to flatten the curve through strict social distancing after suffering the third wave of COVID-19 this winter. It reported 537 new virus cases on Tuesday, with the daily number of new infections having remained below the 1,000-mark this month except for two days. 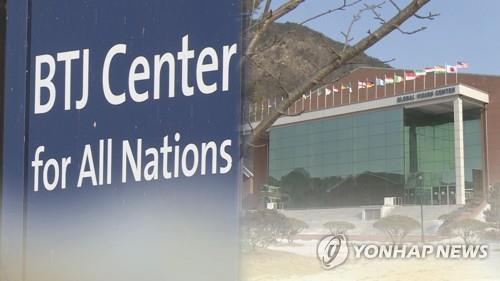