SEOUL, Jan. 12 (Yonhap) -- The prospects for the early release of a South Korean oil tanker and its sailors seized by Iran appeared murky Tuesday, as Tehran's emphasis on a judicial process over the vessel's alleged oil pollution has dampened Seoul's hope for a diplomatic solution.

Iran's Islamic Revolution Guards Corps seized the MT Hankuk Chemi on environmental pollution allegations on Jan. 4. The operator of the ship -- with 20 crew members, including five Koreans, on board -- denies it polluted the sea.

In talks with Tehran officials, Choi protested the seizure, called for the swift release of the vessel and its crew members, and asked them to provide concrete evidence to explain the marine pollution allegations.

The Iranian officials reiterated that the seizure is a "technical" issue subject to "legal and judicial" regulations, while calling for Seoul to give Tehran access to its money frozen in Korea under U.S. sanctions.

Speculation has persisted that the seizure might be linked to Iran's anger over the frozen funds estimated at US$7 billion. But Tehran has claimed the seizure is a solely technical issue, leaving little room for a diplomatic resolution.

"On the occasion of the talks, Vice Minister Choi repeated calls for Iran to promptly provide evidence regarding what it calls the technical factors," Choi Young-sam, the foreign ministry spokesman, told a regular press briefing.

During Monday's meeting with Choi, Kharrazi accused Seoul of "surrendering to U.S. pressure," according to the Islamic Republic News Agency (IRNA).

"In the past, there were good relations between the two countries, but now, unfortunately, due to the Korean government's compliance with U.S. pressure, $7 billion of Iranian assets have been frozen in Korean banks, and it cannot even withdraw money to buy medicine," Kharrazi was quoted by the IRNA as saying.

Iran's top diplomat also called for access to the frozen money, calling it the "biggest obstacle" to the relations between the two countries.

"Given the health and economic consequences of coronavirus, the main priority of the relations between the two countries is to provide access to Iran's financial resources in South Korea," Zarif was quoted by the news agency as saying.

Before departing to Qatar later on Tuesday, Choi is expected to meet other Iranian officials, including Mojtaba Zolnouri, the chairman of the Commission of National Security and Foreign Policy at Iran's parliament, and Deputy Justice Minister Mahmoud Hekmatnia. 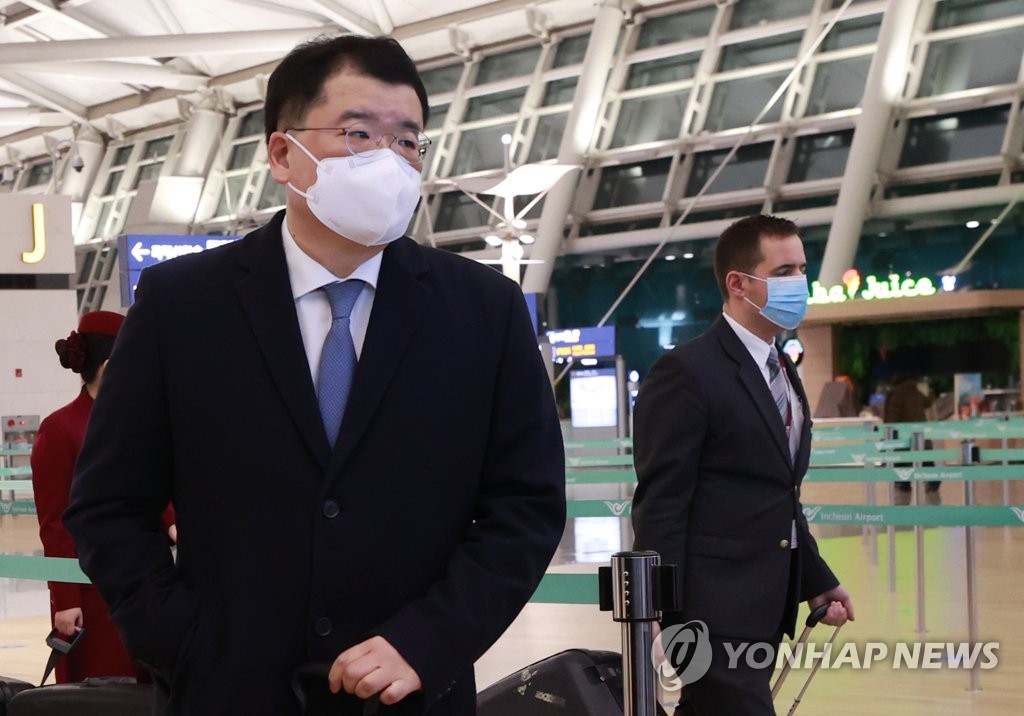