SEOUL, Jan. 13 (Yonhap) -- LG Electronics Inc. will seek "open innovation" in cooperation with global partners to lead the era induced by the pandemic, its chief technology officer said, hinting that the South Korean tech giant could forge more partnerships in the future.

Park Il-pyung said that firms need to join hands, even with their rivals, to accelerate the digital transformation trend. He shared LG's vision under the theme of "Onwards Together" at an online panel talk event for all-digital Consumer Electronics Show (CES) 2021 on Tuesday (U.S. time),

"We simply can't do everything ourselves because the world is just changing too fast," Park said at LG Future Talk. "So, we have to work with others and innovate as a team." In talks with Gary Shapiro, the CEO of the Consumer Technology Association, which organizes CES, Park offered the LG Innovation Council as an example of LG's commitment to open innovation.

Launched last July, the networking group is comprised of 12 experts in the fields of artificial intelligence, big data, the cloud, robots and mobility.

"The idea is to learn from each other and to find opportunities for new collaborations," he said.

At the event, Park was also joined by LG's partners, including Tovala, a food-tech company; Luxoft, a software firm; and Element AI, an artificial intelligence startup; and summarized their latest collaborations.

With Tovala, Park said LG is trying to expand the ecosystem of the LG ThinQ platform.

For example, when people scan a barcode of Tovala's meal kits via the LG ThinQ app, LG's smart oven will automatically set the optimal temperature and cooking time after receiving information from the meal kit.

"ThinQ app is going to be a very interesting platform," said David Rabie, the CEO of Tovala. "Because it's going to combine online retail with control for appliances." 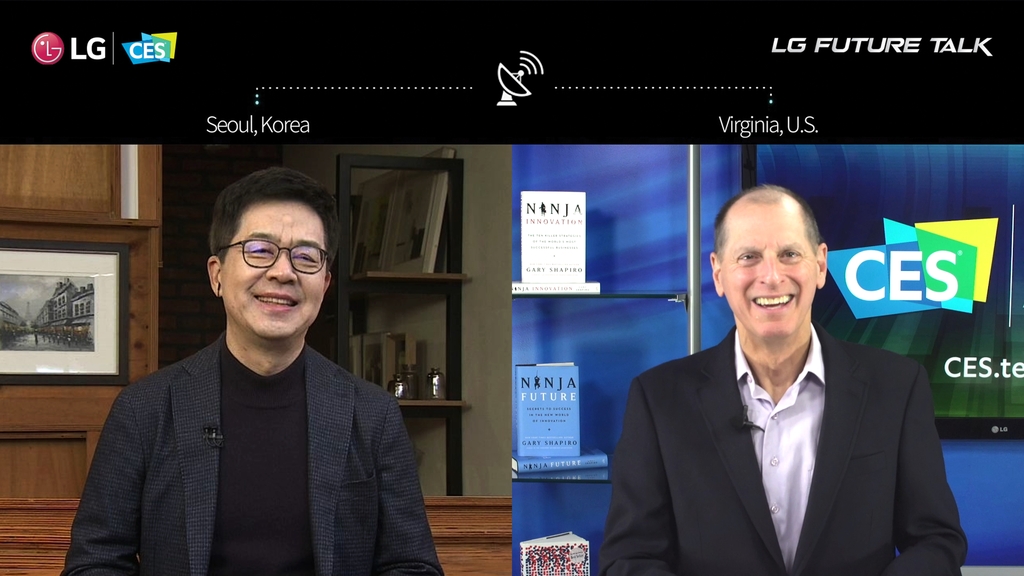 LG previously announced it has signed similar partnerships with global food companies like Nestle and Kraft-Heinz to provide "scan-to-cook" services via the LG ThinQ app.

With Element AI, Park introduced a new report called "AIX Exchange," which shows ideas and insights from a dozen experts in various areas from AI and robotics to consumer rights and ethics.

"That's another platform that we have opened up there to engage with industry leaders, researchers, policymakers, and, of course, consumers to figure out how better to use AI for our innovation," Park said.

Park also talked about the concept of Vision Pack, which allows people to experience the second and third level of AI -- personalization and reasoning.

"The essence of Vision Pack is quite simple: giving visual intelligence to our products so that they can see and understand what is going on around them," he said.

At the event, Park confirmed that LG's joint venture with Luxoft will be launched on Jan. 27.