SEOUL, Jan. 13 (Yonhap) -- Hyundai Motor Co. on Wednesday released a teaser for the IONIQ 5, the first all-electric model with its own EV platform called the electric-global modular platform (E-GMP), ahead of its global unveiling next month.

The IONIQ 5 midsize crossover vehicle comes with a battery that enables driving over 500 kilometers on a single charge and ultra-fast charging to 80 percent capacity within 18 minutes.

The IONIQ 5's signature design elements include Parametric Pixels, the smallest unit of digital imaging. The company plans to apply the design language to future models to be released under the IONIQ BEV brand, the statement said.

The IONIQ 5 is the first Hyundai vehicle to feature a clamshell hood that spans the entire width of the car, thus minimizing panel gaps and creating a clean and high-tech overall look, it said. 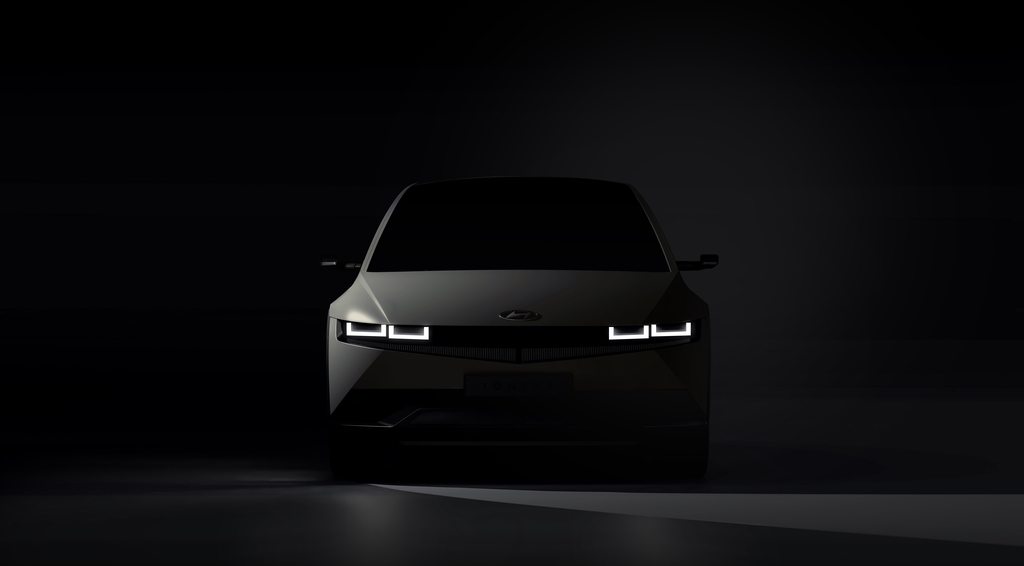 "Beginning with IONIQ 5, our dedicated battery-based electric vehicle (BEV) lineup brand will redefine the relationship between people and their cars, establishing a new standard against which all BEV design experiences will be measured," Lee Sang-yup, senior vice president in charge of Hyundai Global Design Center, said in a statement.

To strengthen its presence in the eco-friendly vehicle market, Hyundai also plans to introduce the IONIQ 6 midsize sedan in 2022 and the IONIQ 7 large SUV in 2024. It will begin using alphanumeric names like its bigger rivals, such as BMW, whose models are named Series No. 1-8.

Hyundai's independent Genesis brand also plans to launch an all-electric model this year and will eventually fill its lineup with zero-emission models in the future.