SEOUL, Jan. 13 (Yonhap) -- South Korea and Iran will continue talks for the early release of a seized Korean ship and to resolve the issue of Tehran's frozen assets here, Seoul officials said Wednesday, amid little signs of progress on those issues in their recent high-level meetings in Tehran.

A South Korean delegation, led by First Vice Foreign Minister Choi Jong-kun, wrapped up its three-day visit to Tehran on Tuesday (Tehran time) as tensions have flared up after Iran's Islamic Revolution Guards Corps seized a South Korean oil tanker in the Persian Gulf on Jan. 4.

"Through multi-faceted consultations with leading Iranian officials, South Korea and Iran will work together to craft swift, constructive solutions to the pending issues based on the long-standing friendship between the two countries," the foreign ministry said in a press release.

Iran said it detained the MT Hankuk Chemi on grounds of environmental pollution. The operator of the ship, which has five Koreans and 15 other crew members aboard, denied the allegations.

Speculation has grown that the seizure might be related to Iran's discontent over what it sees as Korea's lack of efforts to let the country access the US$7 billion locked in South Korean banks due to U.S. sanctions.

Iran insists that the seizure is a "technical" issue that will be dealt with in accordance with its legal procedures, while calling for Seoul to settle the issue of the frozen money.

During the talks with Iranian officials, Choi said it was "unacceptable" that Tehran had still not presented any evidence to back its claim about the sea pollution, according to a press release by Seoul's ministry.

He urged the Iranian side to swiftly release the ship and its crew, while requesting it guarantee the sailors' safety and right to necessary support.

Regarding the frozen assets, Choi called for Tehran's cooperation in finding an adequate way to use the assets by acknowledging the "reality" that the financial systems of Korea and the United States are closely linked and that consulting on the matter with Washington is inevitable, the ministry said.

During the visit, Choi held a series of meetings with top Iranian officials, including Foreign Minister Mohammad Javad Zarif and Kamal Kharrazi, the head of Iran's Strategic Council on Foreign Relations.

Choi departed for Qatar on Tuesday for bilateral talks with officials there. He will return to Seoul on Thursday. 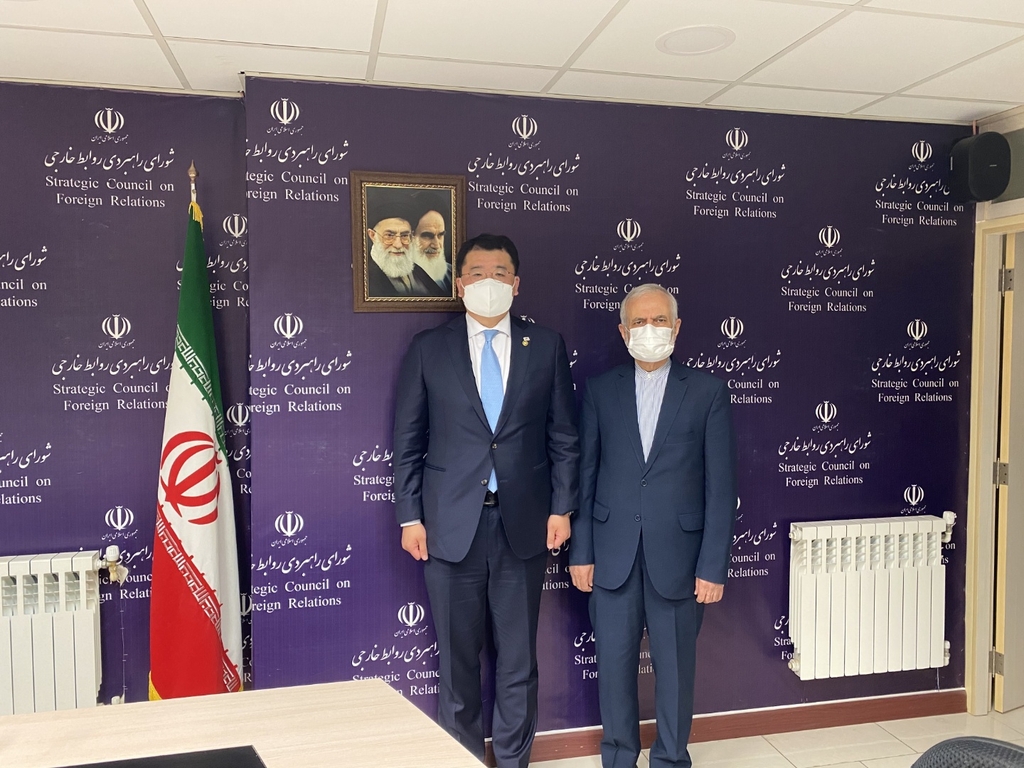