The airmen stationed at the unit in Gapyeong, 60 kilometers east of Seoul, were confirmed to have been infected, as around 170 members of their base have been undergoing tests after the first COVID-19 case was reported Saturday, according to the ministry.

"Contact tracing is under way, and we are taking steps to stop the further spread at the unit," a ministry official said.

Separately, an enlisted soldier in the city of Suwon, south of Seoul, tested positive after showing symptoms consistent with the coronavirus, the ministry added.

The soldier commutes to his unit in Seoul, and military and health authorities are working together on contact tracing, according to the official.

The latest cases brought the total number of virus cases at the barracks to 524.

Currently, 324 service members are in isolation in accordance with health authorities' guidelines, and the military has quarantined an additional 3,201 people under stricter antivirus schemes of its own as a preventive step, according to the ministry.

Nationwide, the country added 562 more COVID-19 cases, including 536 local infections, raising the total caseload to 70,212, according to the Korea Disease Control and Prevention Agency (KDCA). 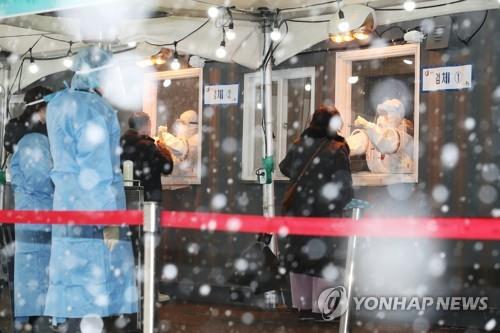