SEOUL, Jan. 13 (Yonhap) -- South Korean prosecutors demanded Wednesday that the adoptive mother who is blamed for the death of a 16-month-old baby girl stand trial on a murder charge.

On the first day of the high-profile case at the Seoul Southern District Court, prosecutors added a murder charge against the adoptive mother, surnamed Jang. She was previously indicted on charges including child abuse resulting in death. The adoptive father was charged with child abuse and neglect.

Prosecutors, however, reevaluated the cause of her death with forensic experts after suspicions arose that Jang might have had an intention to kill the baby, or at least might have been aware that the girl could die from the suspected beatings and other abusive behaviors.

If convicted, Jang is subject to a maximum sentence of life imprisonment or heavier. 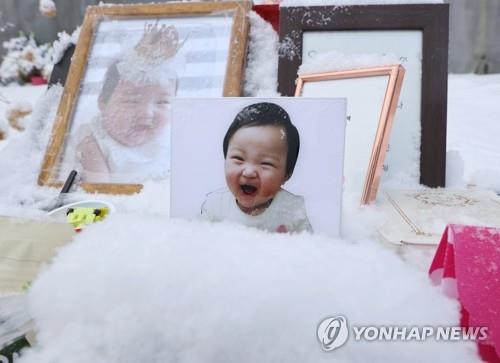 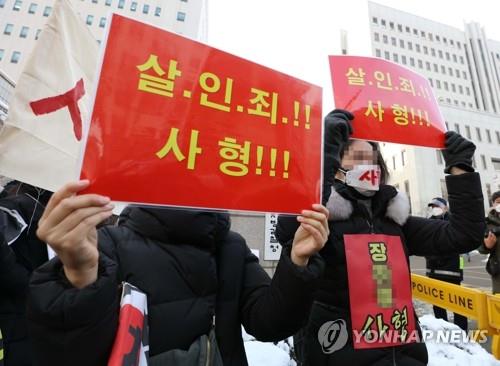 The toddler, named Jung-in, was adopted in February and died in October of severe abdominal injuries and internal bleeding that were caused by "strong external force." Her adoptive mother insisted the baby sustained the injuries because she accidentally dropped her.

An investigative report aired earlier this month has become a catalyst for a renewed focus on her case and how no one proactively intervened to prevent the tragedy despite a series of glaring warning signs.

The nation's police chief apologized last week over the agency's botched initial response and inadequate investigation, even though it received three reports about suspected abuse in the span of five months.

The case has unleashed nationwide grief and anger over child abuse. Hundreds of people have sent petitions to the court to demand justice for the girl. The trial was aired live in two additional rooms at the court, as more people wanted to attend the trial than the courtroom's gallery could house.

Outside the court, protesters were seen holding signs demanding the death penalty for Jang, next to a row of funeral wreaths made of white and yellow flowers to mourn the tragic loss of the child. One message said, "Sorry to notice too late, love you." 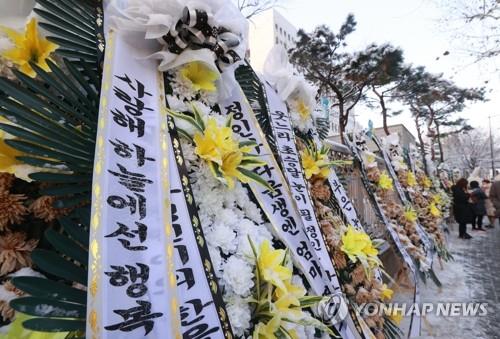 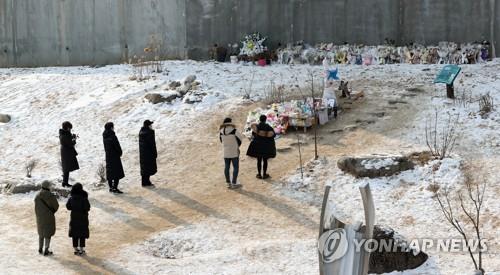