SEOUL, Jan. 13 (Yonhap) -- U.S. Ambassador to South Korea Harry Harris will leave office next week, his spokesperson said Wednesday, a departure that will coincide with the change of government in Washington.

Harris, who took office in July 2018, will stay in the ambassadorial post until next Wednesday, and Rob Rapson, the deputy chief of mission, will serve as Charge d'Affaires ad interim until a new envoy arrives, the spokesperson said.

In an impassioned message to Korean citizens, Harris stressed that relations between South Korea and the United States are "ironclad" for a reason.

"We are friends, partners, allies and family. We have come a long way, and to the future, we go together," he said.

During his stint here, the former U.S. admiral said he has witnessed "history in the making," referring to the first summit between U.S. President Donald Trump and North Korean leader Kim Jong-un in Singapore in June 2018.

"In close coordination with our partner and ally the Republic of Korea, our two nations engaged North Korea at the leader-level for the first time," the ambassador said in a statement.

"We took the first crucial steps towards denuclearization, a journey that I hope will end the way it was agreed to between the leaders of the United States and North Korea in Singapore in 2018," he added.

Harris also pointed to the 70th anniversary last year of the outbreak of the 1950-53 Korean War, which he said was "the beginning of our bond, forged in blood on the battlefield."

"I saw the dedication, ingenuity, and generosity of the Korean people in battling COVID-19 in a way that was an inspiration to all," he said.

"The ROK is the 'innovation nation,' and it demonstrated that following the science and following the rules are the twin paths to defeat the pandemic," he added. 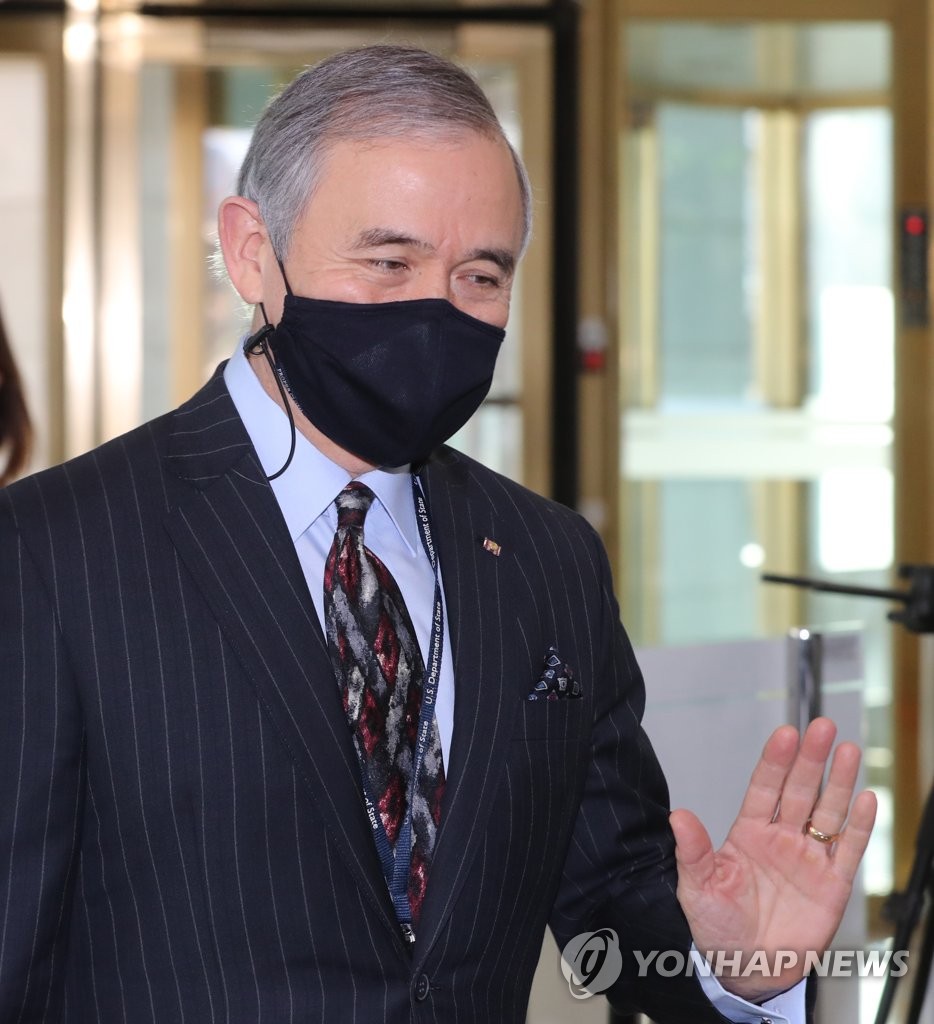