Trading volume was high at about 1.56 billion shares worth around 24 trillion won (US$21.9 billion), with gainers outnumbering losers 626 to 225. 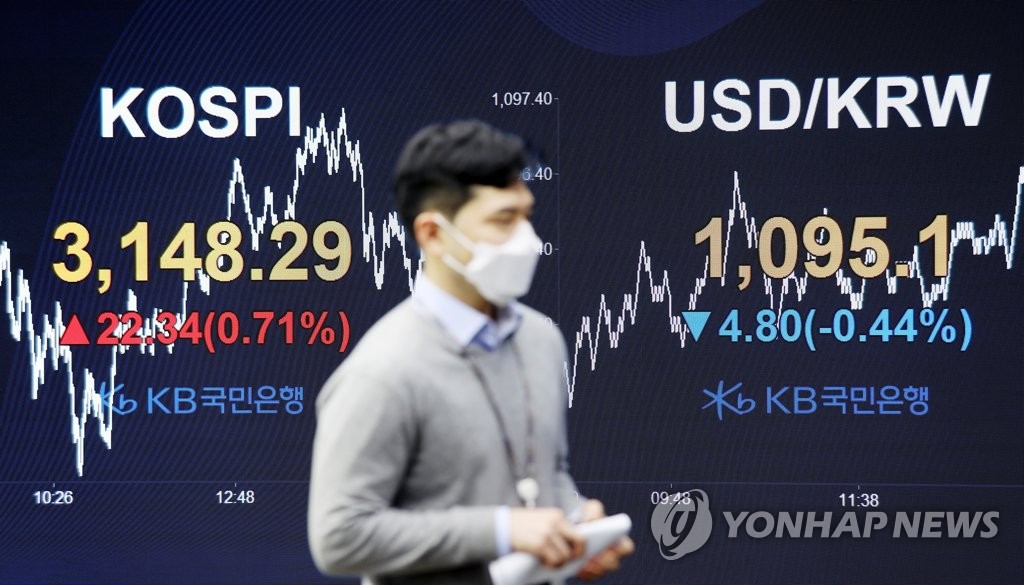 The main index traded choppy early in the session before recovering on retail and foreign buying.

"Stocks currently face accumulated valuation pressure," IBK Investment & Securities analyst Ahn So-eun said. "Investors recently appear to be taking a breather after a spike at the end of last year and the start of this year."

The KOSPI has been on a bullish run since November last year, setting record highs until last week.

The local currency closed at 1,095.1 won against the U.S. dollar, up 4.8 won from the previous session's close.

Bond prices, which move inversely to yields, closed mixed. The yield on three-year Treasurys added 0.3 basis point to 0.979 percent, and the return on the benchmark five-year government bond fell 0.5 basis points to 1.310 percent.