The country's export price index, in terms of the local currency, declined 0.1 percent in December from the previous month, according to the preliminary data from the Bank of Korea (BOK).

The reading marked the fifth consecutive month of on-month decline after the index rose for the third month in a row in July.

From a year earlier, the index sank 5.4 percent, marking the 19th straight month of on-year decline.

The Korean currency rose 1.9 percent against the U.S. dollar on-month in November. 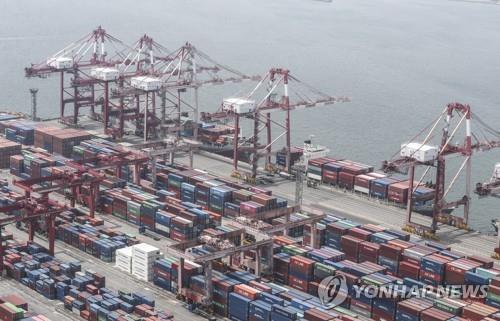