SEOUL, Jan. 13 (Yonhap) -- South Korea, marking the one-year anniversary of its first confirmed coronavirus case on Jan. 20, is counted among one of the world's most successful countries in the battle against the pandemic.

On the surface, massive and swift testing, effective contact tracing based on advanced mobile technologies, advanced medical skills and infrastructure, and citizens' voluntary compliance with mask wearing and social distancing have all contributed to the nation's success in containing COVID-19.

The accomplishments, however, would have been impossible without the dedication of numerous hidden heroes who have been at the forefront of the yearlong battle against the coronavirus outbreaks. 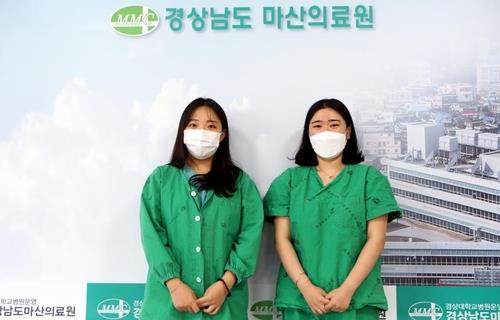 Front-line doctors and nurses have remained vigilant day and night at public hospitals overrun with COVID-19 patients while a large number of civic volunteers have supported authorities' quarantine and disinfection work.

Woo Seung-min and Hwang Young-ju are among the 20-odd nurses who have been manning a COVID-19 ward at Changwon's Masan Medical Center, run by the southeastern province of South Gyeongsang, for nearly one year since February last year.

Taking care of patients in heavy protective clothing for two to three hours has become a daily routine for them, but it is still physically demanding.

A constant stream of personal requests from isolated COVID-19 patients, as well as the chronic shortage of nursing manpower and insufficient rewards, has added to their mental stress as well.

Woo and Hwang said on Tuesday they were frequently called by patients to perform non-nursing jobs and run personal errands, such as buying chicken and humidifiers.

In the case of COVID-19 patients with Alzheimer's disease, the nurses had to hand-feed them, change their diapers and take them to the bathroom. Some patients attempted to escape from the COVID-19 ward despite not being cured of the disease, while autism patients created disturbances by running between beds or jumping on railings.

The nurses said their daily fatigue seems to disappear when cured patients say thank you and smile brightly while being discharged from the hospital.

"In the early days of the coronavirus outbreaks, it was really difficult when patients poured in like water. I wish a little more manpower will be added for the medical staff who are doing their best on the front line," Woo said.

Hwang said the hardest thing is to not know when this situation will end. "It may be hard for everyone, but I hope that all people wear a mask and refrain from going out and thus COVID-19 will end as soon as possible," she said. 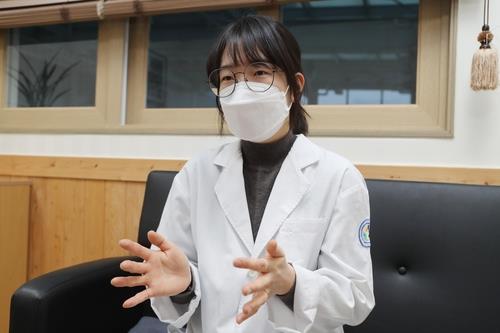 Their agonies are mostly shared by Yang Yu-rim, a 10-year veteran nurse who has taken care of COVID-19 patients for the past seven months at the Jeonbuk National University Hospital in the southwestern city of Jeonju.

Yang said she has been very often embarrassed by out-of-bounds requests from patients, who asked her to pick up food and other personal items delivered to the entrance of the hospital.

In October, a male patient annoyed the medical staff by refusing to take medication and injections for religious reasons before being eventually persuaded into taking medical treatment, she recalled.

"Medical workers get soaked with sweat in just 10 minutes after wearing personal protective equipment, and most of them are suffering from herpes (blister skin disease) due to chronic fatigue," Yang said.

"Some patients were not cooperative in the early days of hospitalization but my colleagues and I carefully cared for and treated them. When they expressed gratitude upon being discharged, we were touched," she said.

Front-line doctors have also been waging a desperate battle against the pandemic despite a host of predicaments on the scene.

"As I walk in and out of hospital rooms housing COVID-19 patients, I often feel anxious that I might be infected (with the coronavirus) even if I wear protective clothing. Medical staff members are also following quarantine rules like ordinary citizens, such as washing their hands, wearing masks and returning home early," said Kim Hyeong-soo, a senior doctor at the Busan Medical Center in the southern port city. 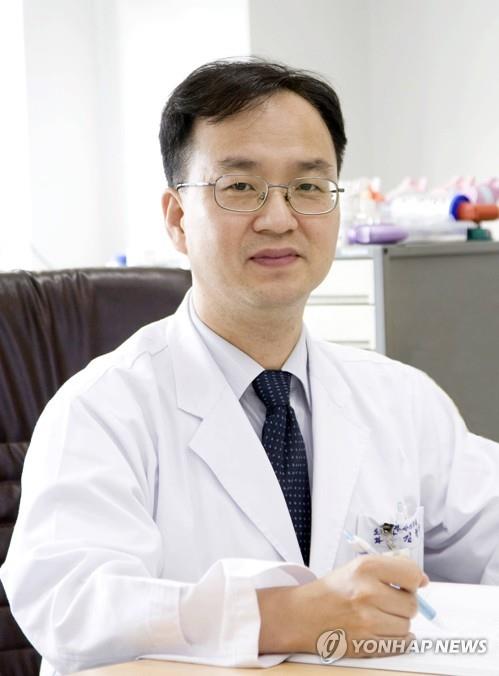 He stressed that doctors and other front-line medical workers are suffering from cumulative fatigue, as the COVID-19 crisis is prolonged.

"Missing meal time is a daily routine, and frequent wearing and removing of protective clothing leads to cracked nails and peeling of the skin on the palms," he said, voicing a wish to overcome COVID-19 as soon as possible.

Kim looked back on the early days of the coronavirus outbreak, saying he and other doctors were initially embarrassed by the lack of correct information on the highly infectious virus. 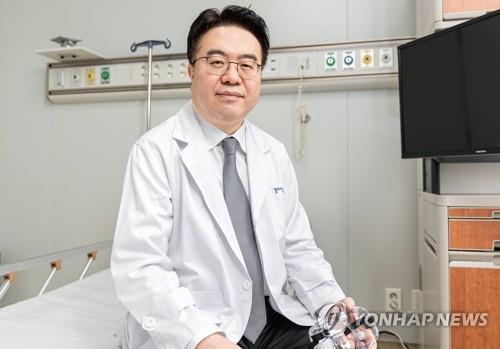 Eom Joong-sik, an infectious disease professor at the Gachon University Gil Medical Center in Incheon, gave high marks to the Korean government and people for their responses to the pandemic.

"I have frequently criticized the government over its inconsistent and slow responses to the coronavirus. Excluding Taiwan, Australia and a few other countries, however, South Korea has coped with the infectious disease most successfully," Eom said.

He then carefully expressed a hopeful view amid the recent downturn in confirmed cases and the government's preparations to begin vaccinations.

"If vaccinations are done well enough this year, it is likely that South Korea will remain one of the countries with the least damage from COVID-19. Then we may not have to worry about another resurgence of the virus after this year," the professor said.

Besides the dedicated medical workers, many ordinary citizens are praised as unsung heroes in the nation's struggle to contain the coronavirus.

They have worked as quarantine volunteers in vulnerable neighborhoods and public places, such as airports and seaports, for the past year. 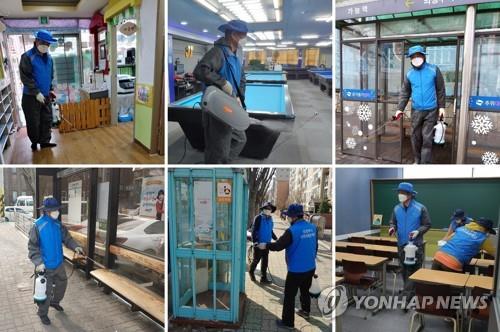 Choi Su-jin, a 61-year-old resident of Uijeongbu, north of Seoul, crisscrosses his neighborhood in the city's Ganeung-dong district from 9 a.m. to noon every day to spray disinfectants on all public places, including banks, community centers, bus stations and playgrounds.

"Most of my neighbors thank me for my disinfection work. As I do disinfection every day, it feels like my occupation," said Choi, who runs a restaurant in the city. 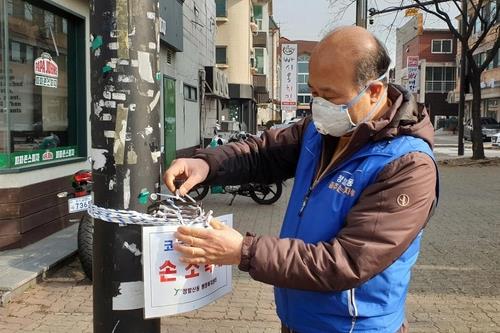 Seo In-young, a 62-year-old man living in Ilsan, northwest of Seoul, also goes around his neighborhood every day to manage or refill hand sanitizer bottles installed on every corner.

"When I went to other towns, I often saw hand sanitizer bottles neglected. I'm working hard to ensure that such things won't happen in my neighborhood," said Seo, who has also participated in public campaigns on mask wearing and neighborhood disinfection work.

Lee Myeong-sook, a 49-year-old woman residing on the southern resort island of Jeju, has worked at Jeju International Airport as a quarantine volunteer for nearly one year.

She arrives at the airport at 5 a.m. every day to carry out volunteer work at its fever-screening stations.

"My family, including my children, have been fully supported my volunteer work. I also feel encouraged as some arriving passengers say thank you to me," said Lee, who previously worked as a nursing assistant.

Han Gyeong-im, a 65-year-old Jeju resident, also participates in the operation of thermal cameras at a Jeju seaport as a volunteer.

"My volunteer job is physically demanding, as I have to wake up at 4 a.m. every day in order to arrive at the Jeju seaport before 5 a.m.," Han said.

In Uijeongbu, a group of volunteers worked for up to 10 hours a day to produce face masks sometime last year when the nation was stricken with a severe shortage of masks.

The Uijeongbu volunteers surprised the community by producing as many as 20,000 masks in one month for distribution among citizens.

Despite the selfless dedication by health workers, there have been growing calls for increasing financial compensation for front-line nurses at public hospitals and other hub-hospitals for COVID-19.

This week, the Korean Health and Medical Workers' Union expressed deep concern about the slow pace of nursing manpower increase at COVID-19-only hospitals and a wide pay gap between nurses at public hospitals and private sector nurses temporarily dispatched there by the government. 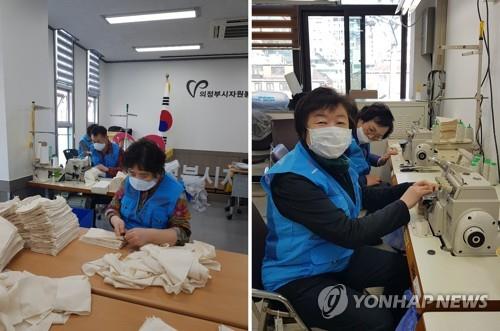 Nurses at COVID-19-only public hospitals are reportedly being paid less than a third of the salary and allowances of government-dispatched nurses who are paid 400,000 won (US$364) per working day.

Unable to endure the enormous pay gap, a growing number of public hospital nurses have quit to work as dispatched nurses, adding to the manpower shortage.

"At a public medical center in charge of COVID-19 patients in Gyeonggi Province, as many as seven nurses have quit this month alone. The government's reluctance to fairly compensate public hospital nurses is feared to further accelerate their exodus," the union said.

"It is estimated that the government has spent about 10 billion won a month on the hiring of dispatched nurses since February last year. The huge budget was supposed to have been spent to sharply increase the number of medical workers at COVID-19 hub-hospitals," it argued. 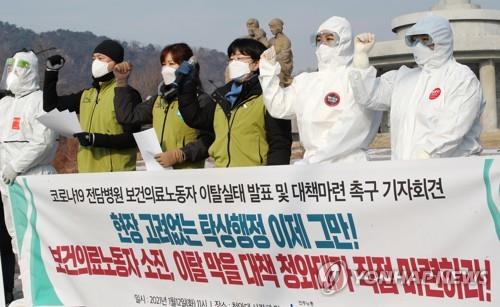