USFK received the first shipment of the Moderna COVID-19 vaccine on Dec. 25 and doses were administered to front-line health care workers, first responders and its command team from late last month.

"Korean Nationals, KATUSAs and ROK military who fall within this group will also be offered the vaccine if they choose to receive it," it said. KATUSA refers to the Korean Augmentation to the U.S. Army and ROK stands for South Korea's official name, the Republic of Korea.

A second shipment of the vaccine arrived here earlier and more will come until the amount is enough to vaccinate all USFK-affiliated population who are willing to receive the vaccine, a USFK official said. 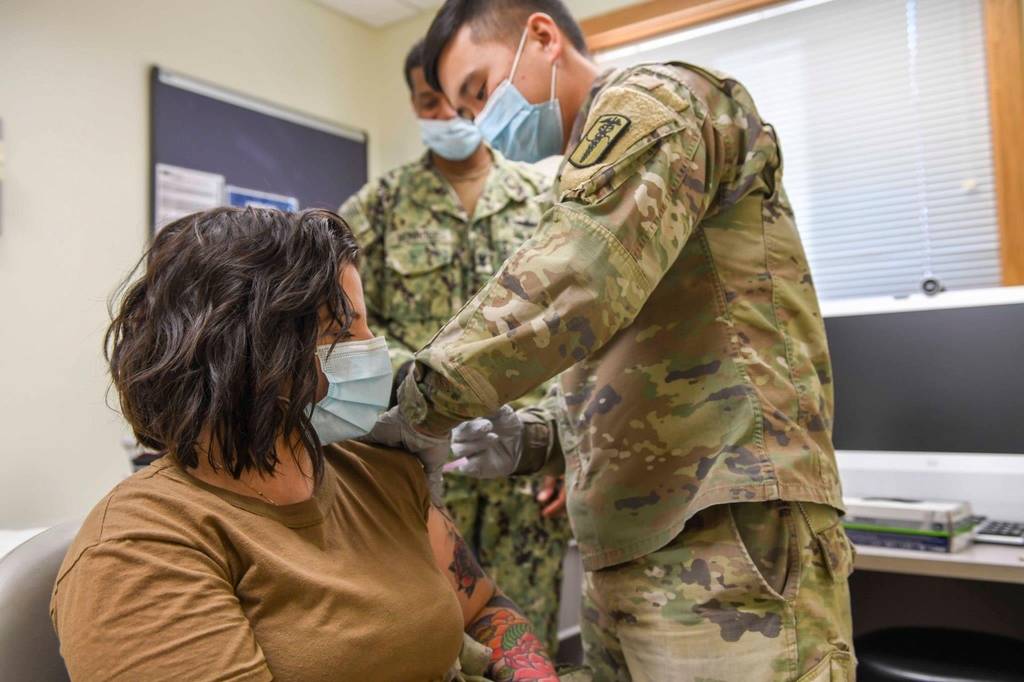