SEOUL, Jan. 14 (Yonhap) -- The Supreme Court on Thursday upheld a 20-year sentence for former President Park Geun-hye in a high-profile corruption case, closing the yearslong saga that gripped the country and ultimately removed her from office in 2017.

In the sentencing hearing over an appeal filed by prosecutors against a ruling in July that reduced Park's prison term, the country's highest court maintained the ruling, including a fine of 18 billion won (US$15 million) and the decision to clear Park of extortion and part of abuse of power charges. 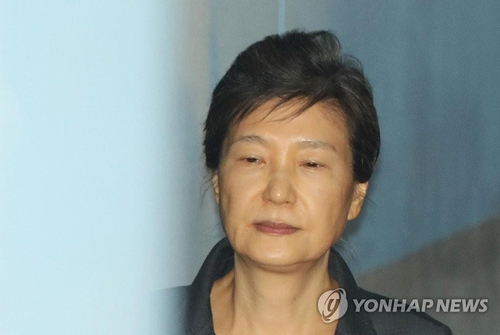 Park will have to serve 22 years in prison, which includes a two-year prison term for her 2018 conviction for illegal meddling in a nomination process of the then-ruling Saenuri Party.

Given the time that she already served, the 68-year-old will be released in 2039, unless she is granted a special presidential pardon or commutation. It is, however, considered a high-stakes political gamble that could trigger strong backlash, as seen when ruling Democratic Party (DP) Chairman Lee Nak-yon was recently in hot water for his suggestion to pardon Park, along with another imprisoned former president, Lee Myung-bak.

The final verdict Thursday brought to an end one of the country's biggest political scandals, three years and nine months after she was first indicted over the corruption case.

Park was ousted from Cheong Wa Dae in March 2017 due to her involvement in the massive abuse-of-power and bribery scandal. She was accused of conspiring with her longtime confidante Choi Soon-sil to force big conglomerates, such as Samsung and Lotte, to donate 77.4 billion won to two foundations under Choi's control.

Park was also separately indicted the following year on charges of accepting off-the-book funds worth 3.5 billion won from three former chiefs of the National Intelligence Service (NIS) from May 2013 to September 2016 in collusion with her aides. 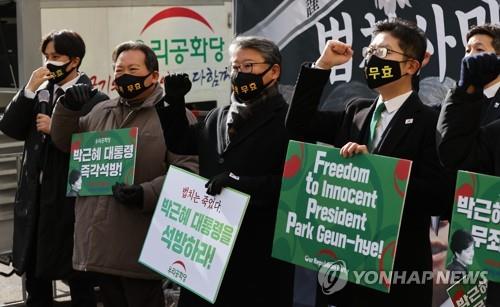 During the retrial in July, the Seoul High Court sentenced the former president to 15 years in prison for bribery, and an additional five years for abuse of power and other criminal charges. She was also fined 18 billion won and ordered to forfeit 3.5 billion won. Park did not appeal the ruling.

In comparison, she was given the combined 30-year prison term, 20 billion won in fines and a forfeit of 2.7 billion won by the appellate court in the two previous rulings in 2018 and 2019.

The reduced term reflected the top court's ruling in August 2019, in which Park was cleared of part of the abuse of power charges, and of an extortion charge raised over her alleged act of having conglomerates pay donations to two foundations controlled by Choi. 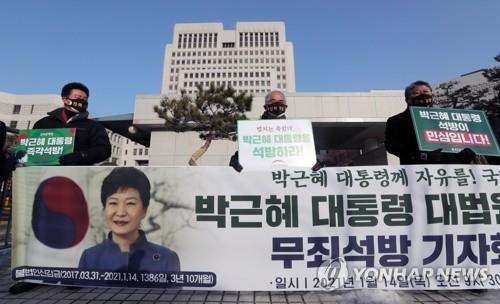 Her immediate predecessor Lee was put behind bars in early November after the top court upheld his 17-year-old prison sentence for embezzlement and bribery.

It is the second time that the country has had two former presidents imprisoned concurrently.

Roh Tae-woo and Chun Doo-hwan served time in prison for about two years simultaneously over insurrection and a military coup until they were pardoned in December 1997.

Park's supporters, wearing black masks with the slogan "impeachment invalid" written on them, expressed frustration and disappointment with the ruling and said they could not accept the outcome. 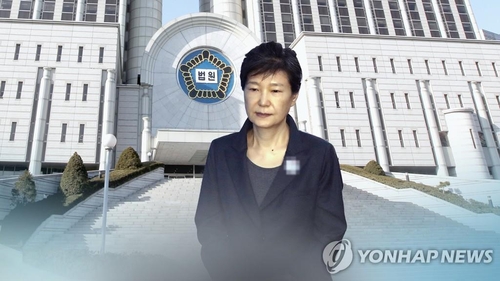