An ammonium-type chemical substance was leaked at around 2:20 p.m. at LG Display's factory in Paju, just north of Seoul, according to them.

Of the injured workers, two received cardiopulmonary resuscitation after they collapsed, the authorities said.

The leaked chemical is believed to be tetra methyl ammonium hydroxide (TMAH) that is known to be used as a solvent in chip fabricating process. It is a colorless liquid and is highly toxic to humans.

The authorities suspect the leak started during pipe-connecting work at the plant. They estimate about 300 liters of TMAH have leaked.

The authorities said they stopped the leak about 25 minutes after the accident broke out.

LG Display issued an apology over the accident and vowed to fully cooperate with the authorities to find out how the leak started. 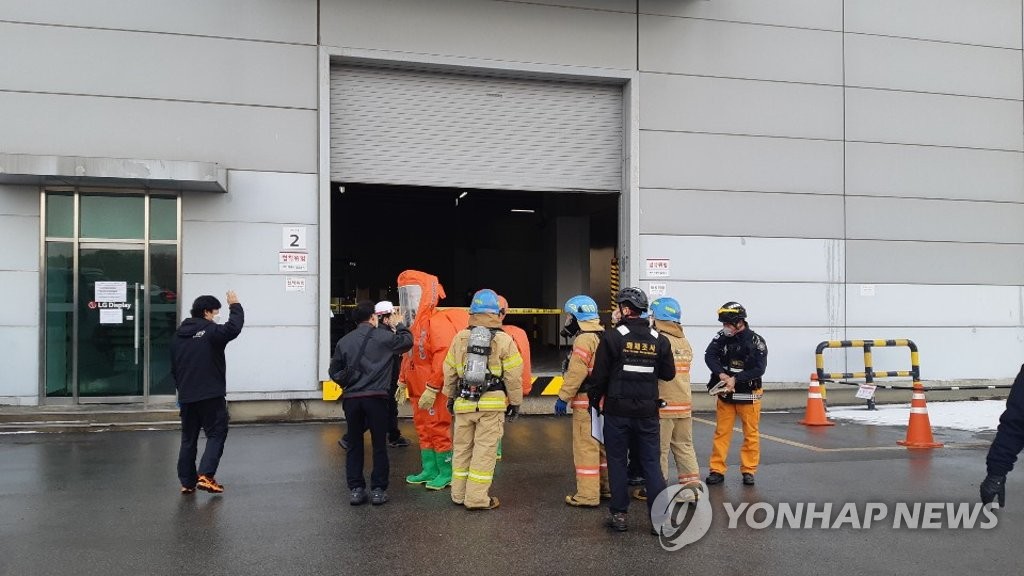