The Bears said they recently learned that right-hander Jeong Hyun-wook had purchased Sports Toto lottery tickets and that catcher Kwon Ki-young had gambled on an illegal betting website.

While Sports Toto is the only form of government-sanctioned sports betting in South Korea, Korea Baseball Organization (KBO) players are still prohibited from buying Sports Toto tickets. Gambling activities on any other channel are also banned. 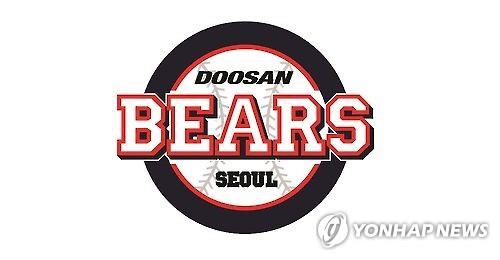 The Bears said they requested the KBO to designate Jeong and Kwon as "inactive" players, and added they'll fully cooperate with further investigation by the league office and legal authorities, as necessary.

Once they're put on the inactive list, only the KBO commissioner can reinstate them.

The Bears said they became aware of Jeong's betting activities after learning that the 21-year-old had accumulated debt. The club then interviewed all the other players about their personal financial situations and Kwon's illegal betting came up.

Under the league rule guiding gambling, the first-time violators will face a suspension of minimum 50 games, 120 hours of community service, and a fine of 5 million won (US$4,560).

The second offense will result in a ban of 70 or more games, along with a 10 million won fine and 180 hours of community service. The third violation will lead to a lifetime ban.