South Korea is developing an SLBM based on the home-grown ground-to-ground Hyunmoo-2B ballistic missile with a flight range of around 500 kilometers. It will be used with envisioned 3,000-ton-class or larger submarines, according to defense officials.

"Related agencies wrapped up ejection tests of the missile on the ground last year. They are to move on to the next stage of conducting underwater test launches," a military source said.

It is yet to be decided exactly when and on which platform to carry out the tests, he added. It could either be a submersible test barge or a submarine.

The defense ministry refused to confirm those counts, and simply said, "Our military has secured advanced high-power assets, such as missiles, to support peace on the Korean Peninsula, and will continue to develop them." 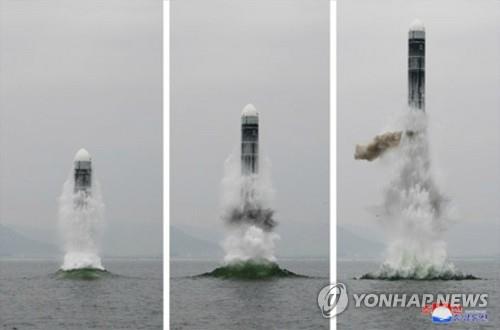 It is working on a project to build three 3,000-ton-class Changbogo-III Batch-I submarines by 2023. The first one, the Dosan Ahn Chang-ho, was launched in 2018 and is to be put into operational deployment this year, and the second one, named Ahn Mu, was launched in November. Both are equipped with six vertical launching tubes capable of firing SLBMs.

The country is also eyeing to build 4,000-ton-class next-generation submarines, with some speculating that the military might weigh equipping them with a nuclear-powered engine.

North Korea has been building a new submarine believed to be a 3,000-ton one capable of carrying three SLBMs.

During the recent party congress, leader Kim Jong-un said that his country is developing new weapons systems, such as a nuclear-powered submarine, advanced warhead and hypersonic weapons, according to the Korean Central News Agency (KCNA). 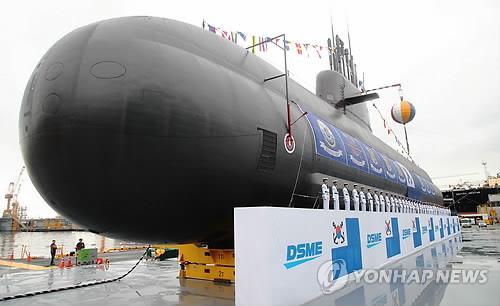