The president plans to sign up on Friday for five funds to be operated by as many local asset managers, according to Cheong Wa Dae spokesman Kang Min-seok.

Moon will use profits from his investment in a separate fund that was created in 2019 to foster South Korea's parts and materials production industry against Japan's export restrictions.

The return from Moon's 50-million-won investment in the Victorious Korea Equity Fund reaches more than 90 percent, an official said on condition of anonymity.

With the decision on the Korean New Deal fund, the president is sending the message of "investing the feat" of having overcome the export crisis via cooperation between conglomerates and smaller firms here "in the future of the Republic of Korea," Kang said.

The Korean-version of New Deal is aimed at turning South Korean into a global leader by fostering digital infrastructure and green industries. 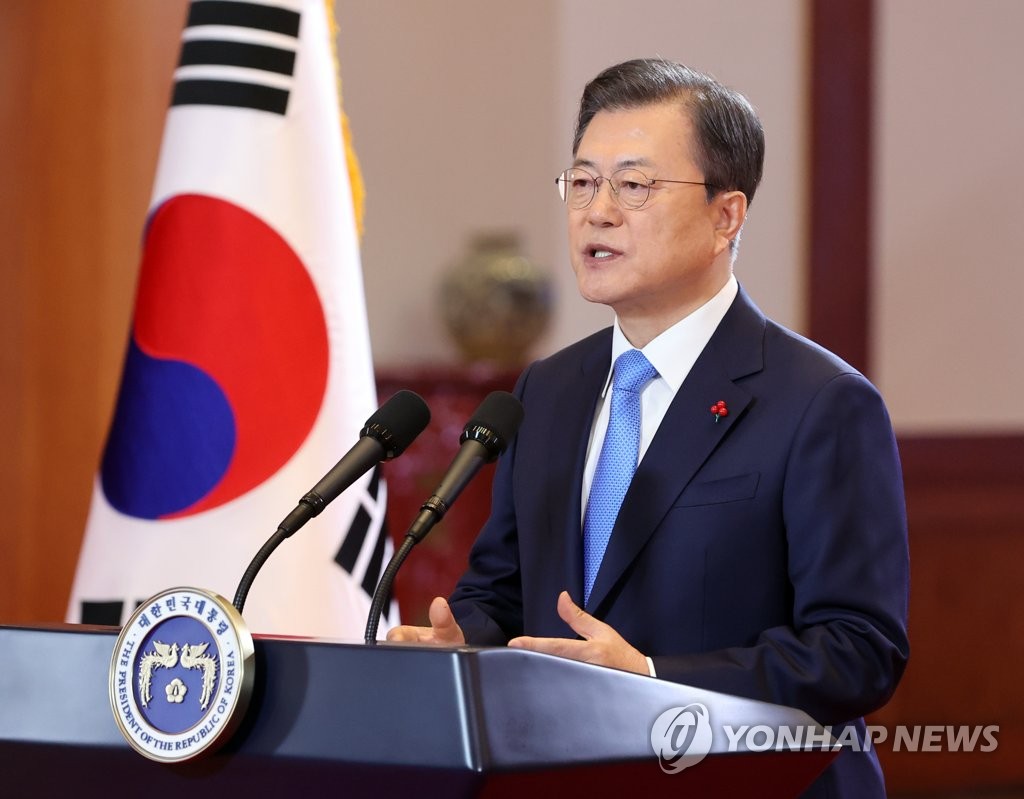