SEOUL, Jan. 13 (Yonhap) -- South Korea and Japan plan to suspend "business-track" trips to each other in a bid to curb the spread of the new coronavirus variant, their governments announced Wednesday.

Japan's Prime Minister Yoshihide Suga announced the decision to temporarily stop the special business travel arrangement for South Koreans and nationals of 10 other countries in line with the state of emergency measure against COVID-19.

The program will be suspended from Jan. 14 through Feb. 7, while travelers with entry visas already issued will be permitted to enter Japan by Jan. 21.

South Korea's foreign ministry said later that it will also halt the special entry procedures for Japanese nationals during the period.

Last week, a South Korean court ordered Japan to pay compensation to 12 Koreans who were forced to serve as sex slaves during World War II, a ruling that Tokyo has strongly protested. Korea was under Japan's brutal colonial rule from 1910-45.

Japan declared a state of emergency last week to ask people to stay at home and restaurants to close at 9 p.m. until Feb. 7, following a spike in coronavirus variant cases from abroad and a growing shortage of hospital beds.

In October last year, the neighboring countries agreed to allow travel by businesspeople and grant exemptions to the mandatory two-week isolation if they get through a certain disease control procedure. 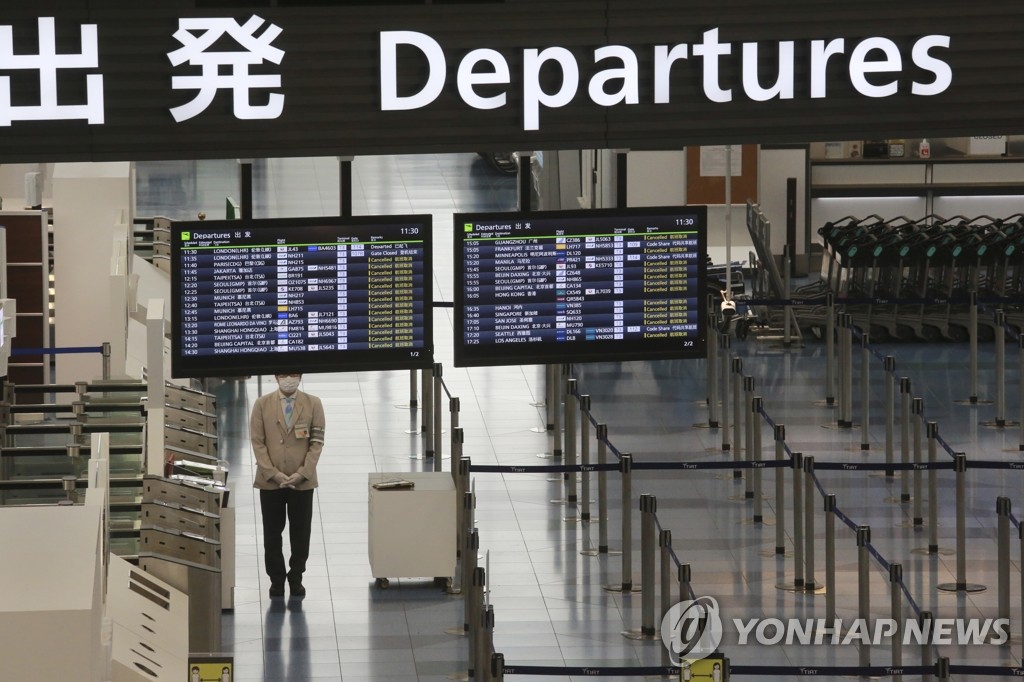