SEOUL, Jan. 14 (Yonhap) -- One of the gazillion things that the coronavirus pandemic has changed for South Korean baseball clubs is that they aren't able to travel overseas for spring training this year.

For years, Korea Baseball Organization (KBO) clubs have flocked to warm regions in Australia, Taiwan or Japan in late January or early February for camps, with a few even crossing the Pacific Ocean to train in Florida or Arizona. 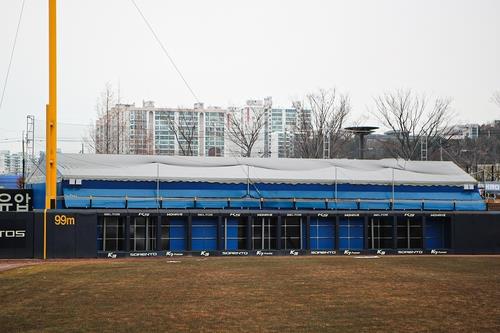 Travel restrictions put in place during the COVID-19 pandemic have ruled out those possibilities in 2021. The 10 KBO clubs will instead stay in South Korea for camps starting on Feb. 1.

Teams based in the southern part of the country should be able to keep warm, or at least to the extent they can find warmth in February. Other clubs will try to find comfort in their minor league facilities or travel south to prepare for the new season.

The NC Dinos, defending champions, are one of the southern clubs, based in Changwon, some 400 kilometers southeast of Seoul. They'll be splitting their time at their two-year-old home stadium, Changwon NC Park, and at their previous home, Masan Baseball Stadium, which sits right next to the new park.

The Dinos said they've brought in extra heaters to keep players warm at Changwon NC Park but didn't need any additional work to the still-new facility.

Other southern clubs, Kia Tigers, Lotte Giants and Samsung Lions, will also set up camps at their respective home parks. 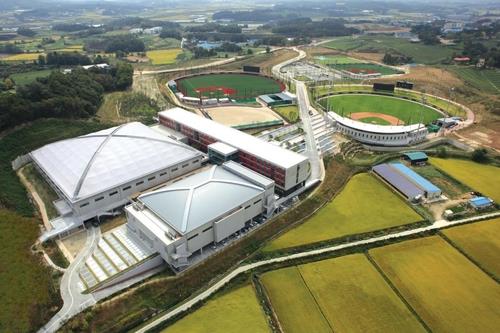 The runners-up Doosan Bears will be based in Icheon, about 80 kilometers south of Seoul, at Bears Park, complete with a stadium, a clubhouse and indoor training facilities. The Bears said they'll upgrade dining options for players and ensure additional comfort for them in their residence. They will stay in Icheon for 19 days and then play exhibition matches in Ulsan, about 415 kilometers southeast of Seoul, starting on Feb. 20.

The Bears' Seoul rivals, LG Twins, also have their minor league training site in Icheon. The Twins will also make use of the practice gym for the Korean Basketball League team LG Sakers on the same Icheon ground, for some off-field workouts.

The new-look Hanwha Eagles, with first-year skipper Carlos Subero and a revamped coaching staff in tow, will travel south from their home in the central city of Daejeon to Geoje, one of South Korea's southernmost cities.

They'll settle down at Hacheong Sports Town and will set up four extra bullpen mounds and a portable clubhouse. 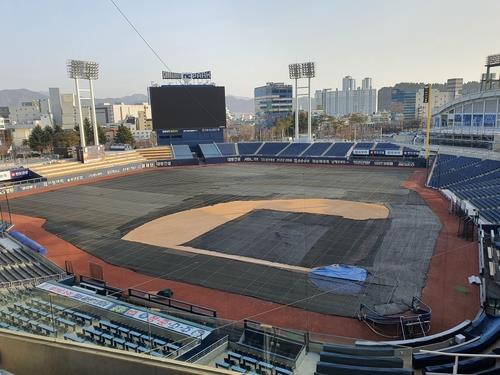 The Kiwoom Heroes, who use the only domed stadium in the league, will stay right where they are at Gocheok Sky Dome in the nation's capital.

The KT Wiz will be shuttling between Busan and Ulsan, two neighboring cities in southeast, without doing much additional work.

The SK Wyverns will be the only team flying to spring training, though they'll only be going to the southern Korean island of Jeju.

Staying in South Korea will also help clubs save costs, a not-insignificant benefit after a season in which teams played most of the season without fans.

KBO clubs have typically spent around 1.2 billion won (US$1.1 million) for each spring training when they traveled overseas but will only need about half of that amount this year.

Tarps, food, heaters: how KBO teams are preparing for 'spring' training in Feb.

Tarps, food, heaters: how KBO teams are preparing for 'spring' training in Feb.