SEOUL, Jan. 14 (Yonhap) -- Prime Minister Chung Sye-kyun on Thursday warned of stern measures against those who interfere with the government's antivirus measures, amid growing concerns over a recent COVID-19 outbreak at a church facility spreading throughout the country.

"While most religious facilities are actively participating in state antivirus measures, the public has become alarmed after an outbreak at BTJ Center for All Nations has spread throughout the country," Chung said during an interagency meeting on the COVID-19 response held at the government complex in Sejong, 120 kilometers south of Seoul. 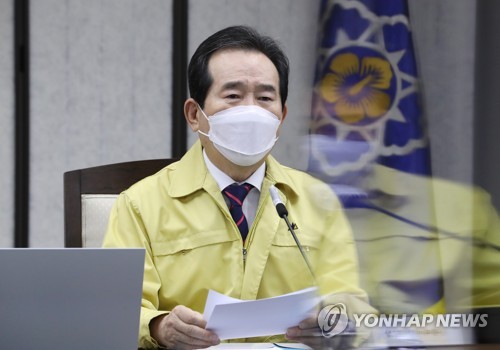 Prime Minister Chung Sye-kyun speaks during a meeting of the Central Disaster and Safety Countermeasure Headquarters held at the government complex in Sejong on Jan. 14, 2021. (Yonhap)

The evangelical church facility in Sangju, 270 kilometers southeast of Seoul, has emerged as a new hotbed of infections, with over 710 cases linked to it.

"The government will not tolerate or condone irrational behavior, such as interference with tracing activities or refusing tests, that blatantly threaten people's lives and public safety," said Chung.

According to authorities, the church allegedly caused mass infections by hindering health authorities' infection prevention efforts and refusing to cooperate with an epidemiological investigation.

They said more than 3,000 people are estimated to have been exposed to infections presumably linked to the church, and that nearly 45 percent of them have not been tested yet.

Chung criticized the operator of the BTJ Center for causing the public to become "dumbstruck," as it filed an administrative suit against the city of Sangju as soon as the city issued a shutdown order for the facility.

The prime minister asked local governments to swiftly track down BTJ members who have refused to be tested and also requested that local officials hold those who have caused harm to public health responsible by means such as indemnity suits. 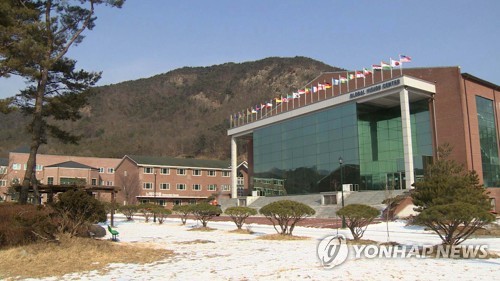